Banning Uber is Not the Answer 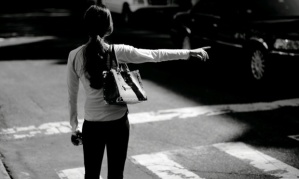 Banning Uber is Not the Answer

The Delhi government’s decision to ban Uber from providing taxi services in the capital after one of its drivers was arrested for raping a passenger will do nothing to address the vulnerability of women who use taxis or other forms of public transport.

Uber is a California-based company that has disrupted the service for taxis in many countries by combing the use of mobile technology and electronic payments with an aggressive pricing strategy. Customers can order a taxi using an app on their smart phones and track the car’s movement in real time. Payment is cashless once customers set up an electronic payment account with the firm. I have used Uber’s cabs in Delhi and Mumbai a few times; the fare tends to be less than what one might pay for using a ‘kaali peeli’ taxi or any of the other radio cab services that exist in both cities.

Despite its convenience and economy, however, Uber has been rightly criticized in the US and elsewhere for its relatively opaque system of functioning, its failure to conduct strict background checks on drivers, its attitude towards customer privacy, and also for unfair labour practices. It is not difficult to find horror stories about the odd Uber ride that ended in the passenger being abused or assaulted. In most cases, the company, which is valued at $40 billion (as of last week), sought to wash its hands of any responsibility.

When it comes to the regulation of radio taxis — and the shocking incident of rape that has just occurred — there are three issues that the government needs to address separately.

The first is the responsibility of the state to put in place regulations that require a thorough background check for anyone seeking to work for a transport service, especially from the perspective of preventing or deterring sexual assault. The second is the implementation of official norms governing taxi services in general. In other words, what are the conditions a company must fulfill in order to be able to run a taxi in a given city? Finally, there are tertiary issues such as the payment system to be used, especially if, as Uber did, an attempt is made to circumvent banking regulations on the use of two-step verification for domestic credit card transactions by charging customers in dollars for a service rendered entirely within India.

Until the recent rape, it was only the third issue that had attracted official attention, with the Reserve Bank of India ordering the company to get in line with domestic payment rules. Uber’s competitors have also made a feeble attempt to raise the second issue but the fact of the matter is that the radio taxi industry in India – as in many parts of the world – functions in a largely unregulated manner. This is in contrast to the older systems – Delhi’s ‘kaali-peeli’ taxis, London’s black cabs and New York’s yellow cabs – where the number of hack licenses and the fares to be charged tend to be tightly controlled by city authorities.

As far as women’s safety is concerned, however, it is the first issue that needs urgent attention. And the danger is that having banned Uber, the Delhi government will now sit back and do nothing to ensure that women who use other taxi services are protected.

What is needed are rules which specify that companies licensed to run taxi fleets must subject all their drivers to a thorough process of screening and police verification so that their identity, address, antecedents and background is clearly established. Second, customers must have the option of requesting a call back from the company after the budgeted travel time has elapsed, with a failure to establish contact triggering further steps to ascertain the passenger’s status. While it may be impractical to equip all taxis with standalone GPS systems that the driver cannot disable, the company’s monitoring centre must be required to establish contact with the taxi’s passenger if the location app (which the driver controls) is switched off mid-journey. Finally, the process for getting a taxi driving license has to be made more stringent than the process for an ordinary one, including mandatory lessons sensitizing drivers about how to treat women passengers.

In 2004, an Australian woman who took a pre-paid taxi from Delhi airport was killed by the driver and his accomplice. Fortunately, the authorities did not ban all pre-paid taxis as a consequence. But they also did not put in place a system to verify, train and sensitise taxi drivers. Let that mistake not be repeated now.

Instead of banning companies, the Delhi government must come up with clear regulations aimed at enhancing women’s safety and ensure that Uber and other providers comply. On pain of prosecution.

This entry was posted on December 8, 2014 by Siddharth Varadarajan in Women.