DIPLOMATIC NOTEBOOK: For Krishna, a year of hectic travel 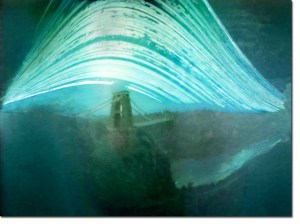 The External Affairs Minister has visited 27 countries in 12 months. With his frequent flyer miles has come greater confidence but Indian diplomacy is still plagued by mixed messages…

DIPLOMATIC NOTEBOOK
In a year of hectic travel, Krishna has clocked 27 countries

Some ministers treat international travel as a “junket”, others regard it an unwelcome burden. But if there is one man whose job requires the accumulation of frequent flyer miles, it is S.M. Krishna, who has emerged as India’s most mobile external affairs minister in recent years.

When he touched down in Islamabad last week, Mr. Krishna notched up his 27th country in 12 months, a punishing pace of travel that marks a dramatic change from the less frenetic — and somewhat sedate — schedules of some of his predecessors.

Mr. Krishna came to South Block in June 2009, when he replaced Pranab Mukherjee at the Ministry of External Affairs. Mr. Mukherjee’s willingness to fly out was greater than that of his predecessor, Natwar Singh, but he was also overburdened with domestic responsibilities. That said, the present incumbent’s record both in terms of miles flown — some of them in ‘cattle class’ — and range of destinations is impressive by any standard. In the past year, he has been to Bhutan (twice), Italy, the Czech Republic, Japan, Egypt, Thailand, Singapore (twice), Australia, Brazil (twice), Belarus, Turkmenistan, the United States (thrice), Russia, Afghanistan, Trinidad, Myanmar, U.K., Kuwait, Nepal, China, Uzbekistan (twice), Kazakhstan, Iran, South Korea, Mauritius, Mozambique and Pakistan. This week, he visited Kabul again.

The past two months alone have seen him fly to southern Africa, East Asia, West Asia, North America and Central America. All told, Mr. Krishna has been to every permanent member of the U.N. Security Council (except France), as well as to countries and regions where EAMs seldom go calling. Some of these visits have been of the routine goodwill variety and some have been firefighting missions — a case in point being the sudden trip to Australia to register India’s unhappiness at the spate of attacks on Indian students. But most visits have involved a substantial bilateral agenda.

Curiously, India’s immediate region is somewhat underrepresented. Myanmar, Bhutan and Afghanistan have seen ministerial visits but not Sri Lanka, Bangladesh and the Maldives.

It may seem paradoxical that Mr. Krishna is travelling much more than his predecessors in an era when the role of the Prime Minister and his National Security Adviser as foreign policy drivers has become more pronounced. And yet, the fact is that an ever expanding calendar of multilateral events has begun to circumscribe the possibilities of bilateral diplomatic engagement at the highest level. Every year, for example, Prime Minister Manmohan Singh has to attend the G-20 summit twice, the East Asia Summit, the India-EU summit and the U.N. General Assembly. Every other year there are the BRIC, IBSA, NAM, and CHOGM summits, not to speak of routinised annual bilateral events with ‘strategic partners’ or thematic summits like those that were held recently on climate change and nuclear security. The pressure is such that the Prime Minister has stopped going to the UNGA every year and has no time for other meetings like those of the Shanghai Cooperation Organisation, CICA and G-15.

Under these circumstances, the task of holding the multilateral fort and crafting new bilateral agendas falls largely upon the shoulders of the EAM. And though a “rising” India has the ability to function as a magnet for inbound visitors, much also depends on the willingness of its foreign minister to spread his wings and take flight.

No need for minders

Diplomacy, of course, is not just about going the distance, it is also about the messages conveyed. And with Mr. Krishna’s frequent flyers miles has come confidence, though, unfortunately, some officials still insist on prompting him, not always with the best of effects.

When he was first named to the job, some observers looked askance at the former Karnataka Chief Minister’s lack of foreign policy experience. Though his early public interactions seemed overly scripted, Mr. Krishna’s measured performance in Pakistan last week took his critics by surprise. If the visit did not yield a positive outcome, this was not for any failing on his part but because of factors beyond his control: Pakistan’s attitude, the Manmohan Singh government’s decision to limit the scope of dialogue, and the remarks on the ISI made before the delegation’s arrival in Islamabad by Union Home Secretary Gopal Pillai.

Some opposition leaders have asked why Mr. Krishna did not contradict the Pakistani Foreign Minister when he made a reference to Mr. Pillai’s remarks. Opinions can differ but Mr. Krishna made what he thought was a sensible judgment call under the circumstances: the press conference had already turned unpleasant and he decided not to prolong the encounter.

That the press conference took a nose dive towards the end was unfortunate. Just before that, Mr. Krishna had fielded a difficult and even provocatively phrased question on Kashmir. This is where his experience as a seasoned politician came in handy. He was mindful of his location and audience and spoke with great tact and precision, giving the official Indian position on Kashmir and human rights violations. Mr. Qureshi also gave an answer that reflected Pakistan’s position but did not cross any diplomatic red lines. Unfortunately, an MEA official, who perhaps felt Mr. Krishna had not given the right answer, handed a note to him on infiltration from Pakistan which the minister then proceeded to read out as soon as Mr. Qureshi was done with his answer. This interruption in the rhythm of the press conference — comebacks in such events are rare and media handlers strongly discourage them because of the risk of an adversarial exchange — prompted the Pakistani minister to respond in a testy manner. From there on, matters rapidly went south.

The issue has acquired extreme sensitivity so no one will agree to speak about this on record but this much can be stated with absolute certainty: Home Secretary G.K. Pillai was on a solo flight when he told The Indian Express on the eve of Mr. Krishna’s visit to Islamabad that the ISI was involved in the November 2008 terrorist attacks in Mumbai from “the beginning till the end.”

Though people in Pakistan saw some great design at work, there can be no question of the MEA having been consulted or even informed beforehand of the bombshell Mr. Pillai was about to drop. This is because the MEA, despite repeatedly asking the Home Ministry for details, is still completely in the dark about what Lashkar-e-Taiba terrorist David Coleman Headley told Indian investigators in Chicago last month! Worse, the Prime Minister’s Office, which is in the Headley loop, was also caught unaware by Mr. Pillai’s statement.

Since the public airing of this accusation came barely three weeks after Union Home Minister P. Chidambaram met his Pakistani counterpart, it is likely Mr. Pillai’s boss was also taken by surprise. Just as he was last year, when the Home Secretary declared that Hyderabad would be the capital of Telangana. Government officials have since publicly circled their wagons around Mr. Pillai but privately there is considerable criticism being voiced within. One source compared the Home Secretary’s statement to the solo flight of Matthias Rust, the amateur German aviator who piloted a Cessna all the way to the Soviet Union in 1987. “Rust landed his plane in the Red Square. Mr. Pillai took his flight all the way to the Minar-e-Pakistan,” the source told The Hindu.

One comment on “DIPLOMATIC NOTEBOOK: For Krishna, a year of hectic travel”

This entry was posted on July 21, 2010 by Siddharth Varadarajan in Indian Foreign Policy, Pakistan.