Timeline on Siachen, Kashmir talks was the deal-breaker at Islamabad 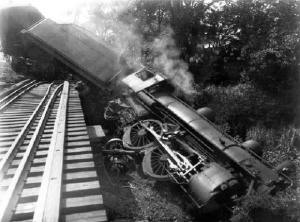 Timeline on Siachen, Kashmir talks was the deal-breaker at Islamabad

India and Pakistan had agreed to a rough schedule of meetings between different sets of officials as envisaged by the composite dialogue process but the inability of the Indian negotiators to firmly commit to a resumption of Defence Secretary-level talks on Siachen led Pakistan’s Foreign Minister to walk away from the deal at hand.

Nevertheless, according to sources on the Indian side, the fact that the two countries agreed dialogue was the only way forward meant the Foreign Ministers’ meeting was still “positive”. Another plus was the Pakistani side’s acknowledgment — for the first time since 2008 — that the gains made in back channel talks on Kashmir during the Musharraf years “were important and useful,” the sources told The Hindu on Saturday.

The sources said External Affairs Minister S.M. Krishna travelled to Islamabad with a proposal that would have seen the two sides beginning talks on trade, tourism and other issues almost immediately while leaving formal parleys on Jammu and Kashmir, ‘Peace and Security’, and Siachen for a later date with the foreign secretaries to be tasked with working out the modalities for that.

“We wanted to move ahead with CBMs first because they are easier,” the sources said. “We made it clear we were willing to discuss the other three issues too but said we need a certain catalysing process. They are more complex so it is better to start with what is more easily achievable.”

“Since June, we had been talking of starting meetings between various secretaries — commerce, water resources, culture — and the Pakistanis were very much on board with this idea,” the sources said.

On Sir Creek, India said it was ready to discuss any Pakistani response to its last proposal and was willing to hold a meeting of the Surveyor-General from the Indian side and the Additional Secretary of the Defence Ministry from the Pakistani side.

The sources said officials from both sides worked past lunch on July 15 to produce a draft of common talking points for the joint ministerial press conference that was scheduled for later that day. Though not a joint statement, the draft spelt out a mutually acceptable framework for future meetings and included language that worked around obvious differences on a timeline for the resumption of talks on Siachen and Kashmir.

But when the Pakistani side sent the draft to Shah Mahmood Qureshi for his approval, the Minister shot it down, the Indian sources said. Pakistani officials were not available for comment.

Mr. Qureshi had an all-or-nothing attitude, the sources said. “They wanted us to accept a calendar of meetings which would have amounted to a resumption of the composite dialogue in all but name … It seems there was a lot of emphasis on optics from their side. They want to put Humpty Dumpty together again. But the fact is [he] fell off the wall. It is not as if we can immediately go back to the situation pre-Mumbai … We need progress on terrorism.”

The sources said India was proposing that action on the terror front would “catalyse” the process of talking on what Pakistan considered ‘core issues’. “But we didn’t put specific goalposts other than to say action against terrorism should be expeditious and should lead to the unravelling of the Mumbai conspiracy.”

Fresh efforts were then made to rework the language of the ‘talking points’. This time, the Pakistanis wanted specific timelines for the resumption of discussion on Kashmir, peace and security, and Siachen. Since it was a given that the two Foreign Secretaries — who normally handle Kashmir and ‘peace and security’ in the composite dialogue — would be meeting again, it was relatively easy to blur over the fact that India had not yet agreed formally to resume discussions on the subject. But Siachen proved a harder nut to crack. Apart from the absence of a timeline, the Indian desire to refer to future interlocutors on the subject as “relevant officials” rather than the two Defence Secretaries was another obstacle. As the evening wore on, the Indian side, which acknowledges being in touch with New Delhi on several points, categorically told the Pakistanis that their mandate did not include agreeing to a firm commitment to resume dialogue on Siachen.

Though the heights of Siachen proved insurmountable, the sources say other factors may also have been at play in ensuring the talks ended inconclusively. The Pakistani side did tell the Indians how Home Secretary Gopal Pillai’s statements on the involvement of the Inter-Services Intelligence directorate in the Mumbai attack had evoked anger in Islamabad.

Asked about Mr. Qureshi’s claim of “instructions” being sent from Delhi, the sources said this was natural and that he too left the room with his officials at one point. “Clearly he was answering to a higher authority. And though he is a Maqdoom, that authority was not God!,” they added.

The sources said it was unfortunate that the “petulance” of Mr. Qureshi’s remarks on Thursday and Friday had deflected attention away from what the two sides had discussed and highlighted only the “atmospherics”. But they said India intended to keep its own rhetoric down so as to allow temperatures to subside.

The Indian side acknowledges that as matters stand, there are no official meetings planned or scheduled between now and December, when Mr. Qureshi indicated he might come to Delhi for a return visit. But the sources hoped the Pakistani side would realise the need to continue engagement. A meeting of the bilateral judicial commission to review the question of prisoner repatriation is due and India hopes Pakistan will convene it soon.

The sources said that although Mr. Krishna and Mr. Qureshi will be in Kabul next week for an international conference, no meeting between them was being envisaged as of now.

This entry was posted on July 18, 2010 by Siddharth Varadarajan in Indian Foreign Policy, Pakistan.