Modi and the World 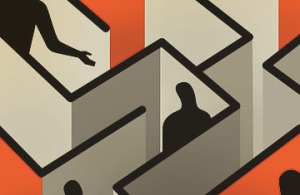 Often fiery and intermittently reasonable, sometimes banal but occasionally innovative, Narendra Modi’s statements on foreign policy over the past few years have been so meager and uneven that they cannot readily serve as a guide for how he will act as India’s Prime Minister. Wonks call him a realist. Political admirers and critics both say he’s hard-line. But the specifics of what he might do in office are unclear.

In the past, Modi has berated the Manmohan Singh government for being weak in its dealings with Pakistan and China, two of India’s most important neighbors. During the election campaign, however, he was careful not to paint himself into a corner. In his first major foreign policy speech, he gave pride of place to a corny slogan—“Terrorism divides, tourism unites”—but also showed a capacity for out-of-the-box thinking, saying India should convene a global summit with countries interested in developing solar power as a major source of future energy.

While there is likely to be continuity in many aspects of India’s foreign policy—its stand on major international issues, its bilateral and multilateral partnerships—Modi’s tenure will be defined by how he responds to four specific challenges.

The first is economic, where everything depends on his ability to boost growth. Besides strengthening India’s economic partnerships with the U.S., Europe and Asia, a stronger economy will give the country the heft it needs to play a larger role on the world stage.

Politically, the big challenge for Modi will be to move away from his Bharatiya Janata Party’s rhetoric of “Hindu nationalism” and find ways of forging closer ties with India’s two Islamic neighbors, Bangladesh and Pakistan. In opposition, the BJP attacked Singh for his initiatives on this front. During the campaign, Modi played on the sentiment of Hindus living near Bangladesh, describing Muslim migrants as “infiltrators” out to destroy India. The reality is more complex. While there are large numbers of Bangladeshi migrants in India, many Indians work in Bangladesh and send back nearly two-thirds of the amount of money that Bangladeshis in India transmit out of the country every year, according to the World Bank. Closer ties with Dhaka, and Islamabad, are clearly in New Delhi’s interest. Inviting neighboring leaders, including Pakistan’s Nawaz Sharif, to his inauguration is a good first step by Modi.

On the strategic front, the shifting geopolitics of the wider Asian region will present Modi with difficult choices. His instincts may lead him to seek closer ties with a more assertive Japan and a U.S. officially committed to the Asia “pivot.” But the economic pragmatist in him will be wary of fanning Chinese fears about encirclement. As chief minister of Gujarat, Modi visited China several times, and China’s President Xi Jinping is due to visit New Delhi in the fall. The Shinzo Abe government is keen for Modi to visit Tokyo before that, and the new PM will meet with President Barack Obama in New York City in September. Striking a balance between the three will require great dexterity.

When it comes to Washington, much has been made of the denial of a U.S. visa to Modi when he was chief minister. In campaign interviews, the Prime Minister–elect chose to strike a philosophical tone, saying one should look forward and not back. And although the chances that Modi and Obama will hit it off are close to zero, both leaders know the stakes are too high to let feelings come in the way.

The greatest—and most immediate—foreign policy challenge for Modi is likely to be on the crisis-management front. What happens if Lashkar-e-Taiba, al-Qaeda or other Pakistan-based terrorist outfits stage an attack against India? Modi would come under enormous pressure from his party’s rank and file to react in a muscular manner, though the country’s diplomatic and security establishment is likely to drive home the absence of any neat military options. A crisis may also come up on the Chinese side if there is a repeat of the kind of intrusions Chinese military patrols have engaged in along the yet-to-be-settled international boundary between the two countries. Vague as Modi’s positions have been thus far, he will have to get very specific, very quickly.

View this document on Scribd

6 comments on “Modi and the World”

This entry was posted on May 22, 2014 by Siddharth Varadarajan in Indian Foreign Policy, Narendra Modi.