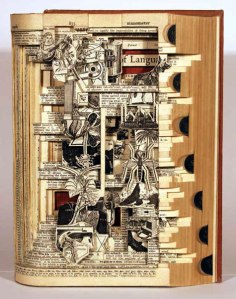 For the past two years, the CAG has been pushing the Finance Ministry — its nodal ministry — for crucial changes in the 1971 Audit Act. To no avail …

New Delhi: The United Progressive Alliance government may have shown a willingness to draft a new Lokpal Bill, but it is dragging its feet on a proposal to strengthen the public institution that has done so much to expose wrongdoings in public life: the Comptroller and Auditor-General (CAG).

For the past two years, the CAG has been pushing the Finance Ministry — its nodal ministry — for crucial changes in the 1971 Audit Act. The accounting watchdog’s concern is that its mandate to summon files and examine the way public monies are spent has not kept pace with new modes of governance that have emerged, especially since liberalisation.

In 2010, the CAG sent concrete proposals for amendments to three broad areas, but the government is still mulling over its response. This, despite getting formal reminders on an almost weekly basis.

The official silence is not surprising given that audit reports have become something of a political hot potato. The capital was rife with reports of corruption in the telecom sector, for example, but it was only when the CAG report on the 2G spectrum allocation confirmed the scam that the government was forced to act. The latest audit report to set off a political firestorm is on oil and gas production sharing contracts, with the CAG’s leaked draft saying Reliance Industries was shown “undue favours” in its KG basin operations.

The KG report is still being finalised, but its long-gestation period — work began in 2006 — and tentative conclusions reflect the weakness of the audit mandate. The Petroleum Ministry dragged its feet in giving documents (despite having asked for the audit in the first place) and private companies refused to share relevant information. The CAG now wants this situation rectified.

The first amendment it is seeking relates to the speed with which government departments respond to audit requests. Crucial audits get delayed because ministries aren’t obliged to respond within a specified time frame. Just as the Right to Information Act gives ordinary citizens the right to get an answer to their questions within 30 days, the CAG wants a similar deadline for official responses to its queries.

The second change pertains to the mandatory disclosure of finalised audit reports. Governments delay the tabling of reports which are politically inconvenient. The CAG’s audit of the Delhi Metro Rail Corporation was not tabled in Parliament for a year. And the Maharashtra government held on to a report for 18 months because it contained adverse comments on Vilasrao Deshmukh, tabling it only when the CAG threatened to have it released through the Governor.

With these examples fresh in its mind, the CAG wants the law to specify that governments must immediately table reports submitted while the legislature is in session, or within the first week of the next session, if submitted in between.

Finally, the CAG wants the 1971 Act to clarify its powers to audit new forms of government economic activity such as public-private partnerships and joint ventures, and new conduits of expenditure not envisaged when the law was first framed — such as the routing of money for the Sarva Shiksha Abhiyan, the National Rural Health Mission and the MNREGA through panchayati raj institutions and non-governmental organisations.

By some estimates, more than Rs. 80,000 crore is spent this way every year, beyond the reach of the CAG’s regular audits. Because the CAG doesn’t audit this expenditure, Parliament too does not get to review how well this money is being utilised.

This entry was posted on June 24, 2011 by Siddharth Varadarajan in Indian Politics, Political Economy.