China, Pakistan and the NSG 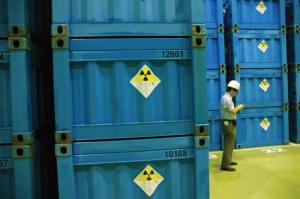 Rather than objecting to what it can’t prevent, India should back a nuclear deal for Pakistan structured around a package of non-proliferation commitments…

China, Pakistan and the NSG

How would Tenzing Norgay and Edmund Hillary have reacted to the news that a 13-year-old boy recently scaled the same peak which they were the first to conquer in 1953? Would they feel a tinge of irritation at how ‘easy’ the summit has now become? Perhaps. But I am sure they would not feel their own accomplishment had in any way been diminished.

Having successfully broken the back of international sanctions on its civilian nuclear programme in September 2008, India needs to ask itself how it should look upon Pakistan’s desire to follow in its footsteps and access civil nuclear technology for its energy needs. Should it stand in the way and try and block Islamabad from entering base camp as some panicky members of the Indian strategic community advocate? Or should it adopt a more mature attitude and work with its international partners to ensure the orderly incorporation of Pakistan into the global non-proliferation regime?

The question is relevant because China is likely to inform the Nuclear Suppliers Group of its decision to sell two pressurised water reactors (PWRs) for the Chashma-3 and 4 power stations in Pakistan. Virtually, every member of the 46-nation cartel believes this sale would be a violation of guidelines Beijing committed itself to follow when it joined the NSG in May 2004. China, of course, disagrees. India has so far wisely confined itself to asking the Chinese side for information about the proposed transfer. On June 22, Foreign Secretary Nirupama Rao fielded questions from reporters on the subject with a straight bat: “We are monitoring the debate and the developments in this regard as they relate to this subject of supply of nuclear reactors by China to Pakistan,” she said, carefully choosing her words. She did not criticise the proposed transfer or object to it, nor could she have. Three months ago, when asked about the possibility of nuclear cooperation between the U.S. and Pakistan, Prime Minister Manmohan Singh had made it clear India has no locus standi. “Who am I to interfere with what goes on between the United States and Pakistan?” he said. “That’s a matter for these two countries to consider.” The same logic should surely apply to what goes on in the civil nuclear field between Beijing and Islamabad.

NSG guidelines say members should sell nuclear equipment and material only to countries that are party to the Nuclear Non-Proliferation Treaty or who accept full-scope safeguards — that is, who agree to place all their nuclear facilities under international inspection. There are only three countries which do not satisfy this criterion: India, Pakistan and Israel. Two years ago, the NSG voted unanimously to exempt India from this restriction. In exchange, India took on a number of commitments. These included separating its civilian and military nuclear facilities and placing the former under International Atomic Energy Agency safeguards. India also undertook to abide by its moratorium on nuclear testing, support international efforts to negotiate a verifiable Fissile Material Cut-off Treaty (FMCT), implement rigorous export control norms and not share enrichment and reprocessing technology with others. Prior to the NSG waiver, India finalised a safeguards agreement with the IAEA providing for indefinite IAEA supervision of its civilian nuclear sector.

Today, the NSG’s restrictions no longer apply to India but they do still to Israel and Pakistan. When China became a member of the NSG six years ago, it made a “declaration of existing projects” in order to be able to fulfil supply obligations towards Pakistan that had been made prior to that. China and Pakistan signed agreements for civil nuclear cooperation in 1986 and 1991. The latter agreement has not been made public but two MoUs were signed in its wake for the construction of PWRs for the Chashma-1 and Chashma-2 power stations. China told the NSG that since these projects were ongoing, it would continue to supply fuel and equipment for them. Since it made no mention of Chashma-3 and 4 at the time, their inclusion is clearly an afterthought. If China persists with its export plan, this would arguably be the first time it openly flouts international rules it had voluntarily agreed to abide by. Chinese help for the Pakistani nuclear weapons programme is well known but virtually all of its proliferation activities occurred before it formally acceded to the NPT in 1992. Similarly, China has stuck to its NSG commitments since joining the cartel in 2004. Deviating from them now would raise questions about its willingness to play the role of a “responsible stakeholder” in the international system.

India is not a member of the NSG and will, therefore, not be in the room when the matter is discussed in Christ Church, New Zealand, this week. But it can respond to the new situation that is unfolding in one of three ways. First, it can go into overdrive to lobby NSG members to take on China and make sure there is no dilution of the group’s rules prohibiting nuclear commerce with Islamabad. Second, it can remain quiet and do nothing. Third, it can make a virtue out of necessity and suggest the NSG start considering the need to bring Pakistan into the non-proliferation tent.

Of these, the first option is the worst from the strategic and diplomatic perspective. Trying to block something which India is in no position to prevent will exacerbate tensions with Pakistan and China and expose the weak hand the country has on this question. The only circumstance that would justify a blocking strategy is if the proposed Chinese transfer were to alter the strategic balance in the subcontinent. In fact, the supply of two safeguarded civilian power reactors will not make any difference, unlike say a transfer of unsafeguarded nuclear equipment or material or of new delivery systems for nuclear missiles. The binding constraints on the size of Pakistan’s nuclear arsenal are the enrichment capacity of Kahuta, the small size (40 MW) of its heavy water reactor at Khushab and the amount of natural uranium it has access to. None of these constraints will be affected by the two new PWRs.

Given the conservatism of Indian diplomacy, the second option of silence is the one most likely to be followed. But this option is also inferior. No country in the world, least of all Pakistan or China, will believe India has no views or concerns on the transfer. Its silence will, thus, likely be seen as an admission of impotence rather than as an expression of statesmanship and wisdom. This option is also inferior because it is not in India’s interest that the international non-proliferation system be tinkered with on an ad-hoc basis. The Indian exemption at the NSG may have been pushed by the U.S. but it required the active concurrence of dozens of countries. What emerged from those bruising sessions in Vienna in August and September 2008 was a careful balance of rights and obligations which benefited both the international system and India. China today lacks Washington’s hegemonic ability to change the global rules. If it breaks ranks with the NSG and acts unilaterally, the after-effects could be quite destabilising.

India should, therefore, consider the third option of encouraging the international community to discuss the contours of an agreement that would lead to the orderly induction of Pakistan into the global nuclear regime. Given its population and energy needs, Pakistan needs help in developing a diverse energy portfolio. In line with global trends, it is logical that its leaders should look favourably upon nuclear power.

Thanks to its past record in proliferating weapons-related technologies, however, Pakistan will have to do much more to establish its credentials as a responsible partner in the field of nuclear commerce. Any exemption at the NSG would likely involve stricter parameters and wider commitments than were seen in the India case. And if the Indian exemption took three years and two months to fructify, it is reasonable to expect Pakistan’s exemption to take twice as long. The benefits of immediate engagement are, nevertheless, overwhelming. Islamabad’s opposition to the FMCT — partly triggered by irrational fears about the impact of the Indo-U.S. nuclear agreement on India’s ability to produce fissile material — means the Conference on Disarmament has been unable to begin its work on the treaty. If Pakistan knows there is light at the end of the NSG tunnel, its attitude at the CD may change.

2 comments on “China, Pakistan and the NSG”

This entry was posted on June 24, 2010 by Siddharth Varadarajan in Indian Foreign Policy, Nuclear Issues, Pakistan.