Ottawa, you have a problem 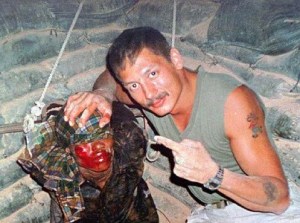 If Canada denies a visa to individuals accused of specific human rights violations, no one would have a problem. But to treat the Indian armed forces as some sort of criminal outfit is inexcusable…

Ottawa, you have a problem

Even if legal concepts like universal jurisdiction remain controversial, the globalisation of economic and family life means individuals who violate human rights can no longer count on being shielded forever by the walls of national sovereignty. Your government may not prosecute you for the crimes you have committed but if your offences are serious enough, the chances are that some court in some other country might. As Israeli officers and politicians are today discovering, and as the late Chilean dictator Augusto Pinochet realised in 2000, international journeys are an indulgence to be undertaken with extreme caution if your curriculum vitae includes the commission of war crimes, genocide or crimes against humanity.

Opinions differ but I am convinced this is a good thing. Every country that values the rule of law must ensure that no individual, regardless of official affiliation, enjoys impunity. There are some crimes, like genocide or war crimes or torture, which are an affront to human civilisation regardless of where they have been committed. While foreign courts may or not entertain suits against visiting individuals responsible for such crimes, countries are under no obligation to let them enter their territory. Often, the well-publicised denial of a visa to a leader or official or soldier can have a salutary impact on the struggle for justice in their home country. Subjecting a known violator of human rights to an international boycott is the next best thing to actually prosecuting him.

In 2002, Canada passed the Immigration and Refugee Protection Act to take account of its Crimes against Humanity and War Crimes Act introduced two years earlier. Section 35(1)(a) of the Immigration act says that persons who might have committed an act of commission or omission outside Canada that falls under the definition of genocide, war crimes or crimes against humanity are ineligible for entry into the country.

As a measure of the seriousness with which this provision is regarded, the Department of Citizenship and Immigration/Canadian Border Services Agency has a Modern War Crimes Section with a Resource Centre staffed by 70 to screen visa applicants. According to a 2004 paper by Joseph Rikhof, Senior Counsel in the Crimes against Humanity and War Crimes Section of the Canadian Department of Justice, the Resource Centre is “designed primarily to provide research support to regional field officers, immigration analysts and other enforcement partners in identifying visa applicants and individuals in Canada who may have been involved in war crimes. The Resource Centre also serves as a central repository of current information such as news reports or bulletins gathered from media sources and international human rights organisations”. By 2004, a total of 2,366 “persons complicit in war crimes or crimes against humanity had been refused visas to come to Canada”.

Though the statistics are impressive, one wonders how effective this research process actually is, at least as far as potential migrants from India with a murky past are concerned. For as several visa denial cases which have recently come to light in India demonstrate, Canadian officials appear to have adopted an ill informed, broad-brush approach by which anyone associated with the Indian army, Border Security Force, Intelligence Bureau and other security-related agencies is regarded as a criminal and, thus, ineligible for entry.

When an organisation or agency or state whose involvement in the serious and systematic violation of human rights is so well documented as to brook no second opinion – think the Nazis, the Interahamwe of Rwanda, the Khmer Rouge of Cambodia — denying entry to anyone connected with the regime may well be a good policy. But is it valid to treat the institutions of the Indian state in this manner?

It is true that individual soldiers, constables and officers have committed serious human rights violations in Jammu and Kashmir and virtually every part of the country. It is also true that the Indian criminal justice system often fails to take effective punitive action against these individuals. But the question that needs to be asked is whether these violations – and the failure to prosecute — are so systematic, large-scale and widespread as to cross the threshold and implicate the entire state machinery and system in a vast criminal enterprise.

The Canadian visa officials seem to be operating on the assumption that Indian state institutions are indeed beyond the pale. None of the ex-army men whose cases have come to light were denied visas because of their individual involvement in specific human rights violations. But the fact that they served in Jammu and Kashmir with the army or BSF appears to have become the sole reason for being considered guilty of crimes against humanity.

The irony is that Major Avtar Singh, formerly of the 35th Rashtriya Rifles, an ex-officer accused by a Budgam court of murdering the Kashmiri human rights lawyer Jalil Andrabi in 1996, is by some accounts, happily settled in Canada, having migrated there a few years ago. If the Canadian government were to refuse entry to such individuals or even expel them, it would not only be true to the letter and spirit of its immigration law but would also give a boost to those in India who are trying to push the system to take human rights more seriously. Instead of catching this sort of fish, however, it has cast a huge net. The current visa rejections reflect the futility of this approach.

One of the ‘rejection’ letters written by the Canadian High Commission to a former BSF constable refers to ‘open source’ material on human rights violations committed in Kashmir. One could easily add that there is open source material on the complicity of the Canadian armed forces in the torture of Afghan civilians.

While Canada will have to reverse its over-the-top approach or face the consequences of a diplomatic chill with India, there is also a lesson in this for the Indian government. It needs to take human rights violations more seriously. The BSF men who killed innocent civilians in Bijbehara in October 1993, for example, despite overwhelming evidence that their firing was unprovoked. The Home Ministry refused to share the proceedings of the General Security Force Court which acquitted them with the National Human Rights Commission. The NHRC said it was “deeply disturbed” by this refusal and even moved the Supreme Court before quietly withdrawing from the matter. Our national outrage at the Canadian characterisation of the BSF would have carried more weight if the Bijbehara episode had a happy ending. The 14 men involved never made it on to any visa blacklist. But they managed to blacken the name of their force.

In much the same way, Canadian peacekeepers involved in the 1993 murder of a Somali teenager, Shidane Arone, may have gotten away with relatively light punishment but they disgraced their country’s army in the eyes of the world. Like the BSF, the Canadian armed forces’ actions in Somalia or Afghanistan do not make it a “notoriously violent” institution, the phrase used by Ottawa’s visa officials to describe the Indian security forces. But they do mean Canada is living in a glass house and cannot afford to throw stones.

Most governments tend to be reluctant to act promptly and sternly against human rights violators in uniform for fear of affecting the “morale” of the security forces. What they don’t realise is that a few rotten apples will end up ruining the reputation of the barrel unless they are swiftly dealt with. Long after the current visa crisis blows over, this is a lesson India can ill afford to ignore.

2 comments on “Ottawa, you have a problem”

This entry was posted on May 28, 2010 by Siddharth Varadarajan in Human Rights, International Law and IHL, Kashmir.