U.S. can suspend reprocessing if ‘national security’ is threatened 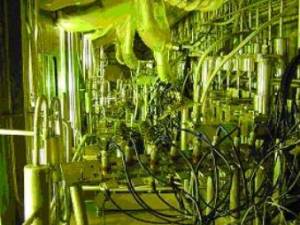 But text rules out differences on nuclear activities as grounds for suspension, specifies consultation process to reduce risk …

U.S. can suspend reprocessing if ‘national security’ is threatened

New Delhi: The ‘arrangements and procedures’ (A&P) under which India can reprocess U.S.-obligated spent fuel allow Washington to suspend reprocessing permission if it apprehends either a “serious threat” to its national security or to the physical protection of the facility where the reprocessing is taking place that makes suspension unavoidable.

But the A&P also specify a detailed consultation process similar to that contained in the Indo-U.S. nuclear cooperation agreement (the 123 agreement) prior to suspension. In the event of any suspension of reprocessing stretching beyond six months, the A&P envisage the payment of compensation “for the adverse impact on the Indian economy due to disruption in electricity generation and loss on account of disruption of contractual obligations.”

More crucially, the text, released by the two sides on Tuesday, contains an Agreed Minute prohibiting the U.S. from invoking serious national security concerns and suspending reprocessing because of differences with India on the nature of its peaceful or non-safeguarded nuclear activities or fuel cycle choices. The Indian side was keen to write these clarifications in because it does not want the future size of its unsafeguarded breeder reactor programme or stock of unsafeguarded plutonium to become grounds for suspension of reprocessing. The U.S. has also agreed not to invoke national security concerns for the purpose of securing commercial advantage or hampering India’s peaceful nuclear activities.

The U.S. granted India upfront reprocessing consent in the 123 agreement finalised in 2007 but said this consent would “come into effect” when India established a safeguarded reprocessing facility and negotiated the arrangements and procedures under which U.S.-obligated spent fuel would be reprocessed. ‘U.S.-obligated’ means spent fuel resulting from the use of American reactors or U.S.-supplied nuclear fuel.

During the reprocessing negotiations which commenced last year, three sticking points emerged. The first was Article 7 dealing with suspension. In the original draft, the article had just two paragraphs, granting the U.S. side fairly open-ended rights. In the final version, this article, including its associated Agreed Minute mentioned above, has been elaborated upon and now accounts for a quarter of the length of the A&P. The Indian side is satisfied with the protection it has built in and is confident Washington will not be able to take any decision to suspend reprocessing lightly or for frivolous reasons.

The second obstacle was the number of facilities the A&P would apply to. The U.S. wanted to limit matters to just one facility while India spoke of multiple facilities. Finally, there were differences over the nature of the “consultation visits” that U.S. officials would be allowed to make to the reprocessing facilities, given Prime Minister Manmohan Singh’s assurance that there would be no American inspectors “roaming around” Indian nuclear facilities.

If the suspension conditions have been narrowed, the compromise on scope is that the A&P will cover reprocessing at two new national facilities dedicated to reprocessing safeguarded nuclear material under International Atomic Energy Agency safeguards. Though this is less than the ‘multiple’ facilities India wanted, the agreement covers “future expansion, modifications, renovations or additions” to the two facilities, meaning total reprocessing capacity at the two sites can be augmented. Secondly, Article 1(4) says the U.S. “understand[s] the need for sufficient indigenous Indian capacity to reprocess … under IAEA safeguards, U.S.-obligated nuclear material … Based on this understanding, the Parties agree to pursue the steps necessary, consistent with their national laws, to permit reprocessing … at one or more new additional national facilities in India.” Unless otherwise agreed, the same A&P would apply to the new facilities.

As for American officials visiting the reprocessing facilities, Article 4 allows for “consultation visits” but only in accordance with an Agreed Minute which tightly lays down what these visits will entail. After one visit within six months of the facility commencing operations, a U.S. team of up to 10 persons will be allowed in once every five years to exchange views and consult with the Indian side on the implementation of physical protection measures and storage as mandated by the IAEA. Unlike IAEA safeguards inspectors, the U.S. team will not be allowed to use equipment and access within the facility shall be restricted by India “in order to protect sensitive locations and equipment … as well as sensitive information.”

In the initial draft, this article used ambiguous language to the effect that the exchange of information “may include visits by a U.S. team.” India took the view that ambiguity worked against it and that it would be better to nail the specifics of the visits down to precise parameters. With a “serious threat” to the facility’s physical protection one of the grounds under which the U.S. can suspend the A&P, the Indian side felt it was best to be transparent about the protection measures the facility was implementing. Since the agreement allows consultation visits, any allegation made by American think-tanks or legislators about the lack of proper physical protection at the reprocessing facility could be more easily refuted.

The A&P also provide for an additional safeguard measure that is not part of the IAEA’s standard playbook. If the IAEA so requests, India undertakes to incorporate an on-site laboratory to perform destructive analysis of process samples required by the IAEA safeguards approach. Such a lab would be paid for and operated by the IAEA. None of this would be a burden on the Department of Atomic Energy, say Indian officials.

All told, Indian officials are satisfied with the reprocessing deal. “The agreement speaks for itself” said an official, adding that it did not change India’s position on any issue.

This entry was posted on March 31, 2010 by Siddharth Varadarajan in Nuclear Issues.