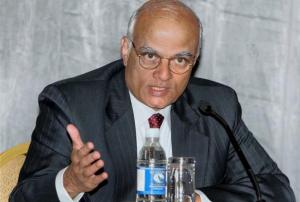 On October 16, 2002, the National Security Advisory Board — whose members had never officially been consulted on any major decision — was called to Hyderabad House for a highly unusual meeting with the National Security Council chaired by Prime Minister Atal Bihari Vajpayee. On the agenda was the question of what to do with Operation Parakaram — the deployment of the Indian Army at the Pakistan border — which was then in its 10th month.

“It was clear from the presentations made,” one of the NSAB members present told The Hindu recently, “that the government was keen to call off the operation and was looking for a rubber stamp.” Unfortunately, board members, mostly retired officials with a sprinkling of outside experts, came out against the redeployment of troops. As the meeting progressed, however, one of them got a text message. TV channels were reporting breaking news: ‘Government calls off Parakram on recommendation of NSAB’.

As loyal team players, board members went along with the charade. But this episode underlines a fundamental problem with the wider National Security Council architecture: structures like the NSAB and the NSC Secretariat (NSCS) have been created but their role and function, 11 years on, remain undefined and vague. Not surprisingly, the systemic weakness they were meant to deal with – the absence of long-term, strategic planning and analysis – remains unaddressed.

As the only part of the NSC apparatus directly empowered by the Prime Minister to act on his behalf, the National Security Adviser has been able to act effectively on the diplomatic and strategic front by making existing official machinery function in a more coordinated fashion. On the long-term planning front, however, the NSA has been hampered by the absence of a proper support structure and requisite talent. The NSCS was created by folding the Joint Intelligence Committee into it as its core and then pulling in additional staff. But opinions are mixed about the extent to which it has been able to function as the executive “office of the NSA” in its interaction with different branches of government. And the fact that the JIC has been revived as a separate part of the NSCS suggests intelligence assessment and tasking is still very much a work in progress.

Satish Chandra, who served as Deputy to the NSA from 1999 to 2005 blames M.K. Narayanan for the problem. “The NSCS was a coordinator of intelligence and trends which individual ministries could not take up. It was conceived as a think-tank anticipating threats,” he said in an interview. “Intelligence coordination was also key. We created the Intelligence Coordination Group, bringing the producers and consumers of intelligence together so that the agencies knew what to collect. We came up with detailed annual tasking, with annual assessment. Unfortunately, Narayanan did not use this.”

Serving NSCS staffers strongly dispute this assessment, noting that the ICG concept continues, albeit under a different name. And the fact remains that prior to Mr. Narayanan’s tenure, the NSCS, for all its “coordination,” produced some great bloomers, one of which was a report recommending that India send troops to Iraq.

As far as the handling of intelligence was concerned, Mr. Narayanan made two changes. As NSA till 2004, Brajesh Mishra took little interest in intelligence matters and was quite happy to let the Director, Intelligence Bureau (DIB) and Research & Analysis Wing (RAW) chief meet the Prime Minister directly (though he would invariably be present in those meetings).

As an ex-DIB, however, Mr. Narayanan saw himself as integral to the process of intelligence fusion, much of which was tactical. He held regular meetings with the intelligence chiefs and did not encourage them to meet Manmohan Singh directly. C.D. Sahay, who served as head of RAW from 2003-2005, recalled the almost continuous direct access he and the DIB had with Mr. Vajpayee. “My understanding is that with Mr. Narayanan, the intelligence chiefs lost that direct access to the PM. If they needed to convey something important, they got to do it only to the NSA”.

By assuming responsibility for intelligence fusion at the tactical level, Mr. Narayanan exposed himself to attack. The terrorist strike on Parliament in 2001 did not see the Opposition demanding Mr. Mishra’s head. But, said Mr. Sahay, Mr. Narayanan came under sustained fire for failing to prevent the November 2008 Mumbai incident.

The second change Mr. Narayanan introduced in intelligence management was to revive the JIC under a standalone chairman, essentially separating it from the NSCS. The move puzzled a number of former intelligence chiefs, who spoke to The Hindu on background, since it was not in line with the Group of Ministers report on intelligence reform. However, according to a former NSCS staffer, Rahul Roy-Chaudhury, now Senior Fellow for South Asia at the International Institute for Strategic Studies in London, this separation was “absolutely the right decision”. He said it was quite impractical for the NSCS staff to do both the tasks of long-term strategic policy and planning as well as intelligence coordination and assessment. “These tasks are fundamentally different and require quite different expertise. While the former requires a fundamental understanding of key medium and long-term global strategic trends along with access to largely non-classified material, the latter requires short-term tactical perspectives based, to a large extent, on classified information provided by the intelligence collection agencies”. If anything, said Mr. Roy-Chaudhury, a separate but related group, possibly within the JIC, is also needed to perform strategic tasking functions. “It is difficult to ensure objectivity in tasking from those involved in tactical assessment functions”.

The only problem with Mr. Narayanan’s decision was that it was not accompanied by a commensurate increase in the total staff strength for the NSCS and JIC. Most strategic planning is done by ex-IB officials, who prevent talent from coming in or ensure whatever talent emerges is not retained. The NSA tried to increase the numbers but tough security requirements, exacerbated by the Rabindar Singh scandal in RAW and the cyber-security scandal in the NSCS, meant staff strength in both organisations remained in short supply.

The Indian Foreign Service, which might otherwise have been an ideal reservoir for the NSCS, is itself short-staffed and has been able to send only one officer, China expert Sujan Chinoy, on deputation to the Secretariat in addition to the current DNSA, Alok Prasad. As for Indian academia, another potential catchment area, the NSC has done little to encourage foreign language and area studies.

With the exception of the draft nuclear doctrine, produced in 1999 during K. Subrahmanyam’s chairmanship and adopted by the government in 2003, NSAB reports appear to have had little impact on government policy. Some NSAB members said this is because they only have access to open-source material despite taking the oath of official secrecy. Others familiar with the NSC system dispute this assessment. “The problem with the research produced by the NSAB or NSCS is not lack of access to classified material but actual lack of expertise on the full range of issues that concern national security”, an official told The Hindu.

At a more practical level, the lack of continuous connectivity between the NSA and the NSCS hampers the effectiveness of both. With the Secretariat officially tasked to serve the NSC, which rarely meets, the NSA is left to perform his diplomatic and nuclear functions with just one joint secretary and two director-level officers in the PMO. The NSCS has a staff but has never really functioned as the “Office of the NSA.” Under Mr. Mishra, the late J.N. Dixit and Mr. Narayanan, the National Security Adviser’s work has gradually expanded in line with the complexity of India’s interaction with the rest of the world. Even if the work of counter-terrorism intelligence is handled by the Ministry of Home Affairs and the proposed National Counter-Terrorism Centre, there is much more to intelligence than that. There is some thought being given to appointing a standalone ‘intelligence czar’ to deal with fusion and tasking. Even if that portfolio is taken away from Shiv Shankar Menon, named on Wednesday as the next NSA, the three core functions of diplomacy, nuclear command and control, and long-term security planning and assessment will need a tighter relationship between the NSA and the NSCS, with the Deputy NSA being tasked to a much greater extent on key diplomatic and security issues.

The only caveat, of course, is that the problem of long-term assessment will not be resolved through bureaucratic adjustment. Because the NSC has never delivered on that part of its mandate, some observers believe a fresh look is needed at the very concept. “I will go further and question the existence of the National Security Council,” Brajesh Mishra, NSA from 1999 to 2004, said in an interview. “I don’t think we need it because the Cabinet Committee on Security really does everything. And consequent to abolishing the NSC, the NSCS should be trimmed to give the NSA advice on his duties relating to international affairs. The JIC could then be made to report to the Prime Minister through the Cabinet Secretariat.”

The problem with Mr. Mishra’s suggestion, of course, is that the CCS deliberates on current policy and not on matters of long-term planning. And the latter area is where urgent action is needed as the country’s global clout increases. India’s problems here are systemic and chronic: it is simply not prepared in terms of talent and systems for medium and long term planning. Indian universities do not produce talent in the quantity and quality required and there is no part of the bureaucratic system which encourages the nurturing of talent.

Given this deficiency, the NSA tends to be burdened with everyday demands and little time is devoted to effecting systemic structural improvements in how decisions get taken when multiple government agencies are involved. If India wants to be in a position to exercise power internationally, it requires both diplomatic instruments and internal structures. The Copenhagen climate change summit is a good example of how the lack of a proper internal system of policy articulation can lead to an unsatisfactory diplomatic outcome. Mr. Narayanan showed great skill in pulling together different parts of the system during the Indo-U.S. nuclear negotiations. But the effort was ad hoc, leaving no permanent structural imprint or institutional memory.

Ensuring the NSCS is restructured to serve both as the ‘Office of the NSA’ and as the catalyst for system-wide talent generation and strategic planning will be the biggest challenge the new NSA will have to deal with.

This entry was posted on January 22, 2010 by Siddharth Varadarajan in Indian Foreign Policy, Indian Politics.