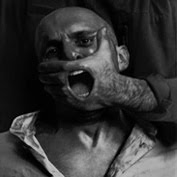 I just received this open letter by email. it is written by Alban Toppo, a young lawyer working in Bastar in Chhattisgarh, a no-rights zone in the world’s largest democracy …

I am a fresh lawyer coming from a tribal family of Jashpur, Chhattishgarh. I finished my law graduation in year 2008, got enrolled with Chhattisgarh Bar Council and started working for poor and underprivileged. For which I had a commitment since my college days. I started learning basics of human rights litigation at Delhi office of Human Rights Law Network and very recently had come to Chhattisgarh to do research for right to food case which is going on in Hon’ble Supreme Court of India and for this. I went to Dantewada, and met Mr. Himanshu Kumar, Director of Vanvasi Chetna Ashram, who has done some study on this issue and taking information, his advice and guidance. I was also providing some legal assistance to him during my stay in Dantewada.

On 10 December, 2009 at about 2:30 P.M. the Thana Incharge (TI) of Bhairamgarh Police Station Mr. K.S. Nand in civil uniform came to the Vanvasi Chetna Ashram (VCA) situated at Katiyarraas accompanied by approximately more than 25 SPO’s in 5 cars. Director of VCA, Shri Himanshu Kumar and few other volunteers of VCA were present. I was also present there. TI spoke to Himanshu Kumar about taking Kopa Kunjam, s/o Lacchu Kunjam, resident of village Alnaar, Block – Geedam, P.S. Dantewada, who is a volunteer of VCA stating that they need him for some interrogation by the Superintendent of Police. He said, “SP Sahab ne bulaya hai, kuch puch tach karni hai”. No notice was served for this. However on being asked by Himanshu Kumar to give some written notice about it, the TI Bhairamgarh immediately wrote on a piece of paper that, “Prati, Kopa Kunjam ! Apse thana Dantewada me kuch poonch thanch karna chahta hoon. Kripya ap mere sath sadar P.S. kotwali chalein.” (I want to do some investigation with you at Dantewada Police Station. Please come with me to P.S. Kotwali). Being an Advocate present at the spot, I thought it to be my duty to accompany VCA Volunteer Kopa Kunjam to Dantewada police station. With the consent of Himanshu Kumar, Director-VCA I went alongwith Kopa Kunjam.

At Dantewada police station we were asked to sit down. After making both of us wait for about half an hour, we were asked to come and sit in a vehicle . Thinking that we were being taken to the S.P. Office, we sat in the vehicle. As vehicle proceeded, I introduced myself to the IT Bhairamgadh saying that I am an advocate, having done my law course from Hidayatullah National Law University, Raipur and am associated with Human Rights Law Network. When the vehicle crossed Dantewada, we became suspicious and asked as to where we were being taken now, to which TI, Bhairamgarh, replied, “Kopa Kunjam is now being taken to Beejapur District”. Kopa Kunjam refused to go further as he was not informed about being taken to Beejapur earlier. I also objected to it, stating that the police should follow necessary procedures under the law and should act as per guidelines of the Supreme Court and that they cannot take Mr.Kopa to Beejapur without giving any notice in this regard.

By this time, Kopa Kunjam came out from the Bolero vehicle and I also got out of the vehicle. The TI along with 2 others got hold of Mr.Kopa and with the help of around 15 S.P.O’s bundled Mr. Kopa into another vehicle which was also coming along with them. When I again resisted to such behavior saying that it was illegal to behave in this manner, two S.P.O.’s started abusing and slapping me and bundled me also inside the car. Before being bundled into car, I somehow managed inform my senior Lawyer, colleagues and friends in Delhi about this incident. Noticing this two SPOs, started slapping and beating me and tried to snatch my mobile and, but I didn’t give my mobile, but after this they force me inside the car and did not allow me use the mobile phone.

At about 5 P.M., we reached Bhairamgarh police station. The IT, Bhairamgadh asked me to give my mobile phone and also asked to switch it off and we were asked to sit there inside the police station. We were kept at a place inside police station with two S.P.O. keeping an eye on us. At about 8 p.m. we were taken for dinner in a nearby Hotel, from where we came in 15-20 minutes. At about 8:45 P.M. the officials of Bhairamgarh police station called me inside a room and tried to ask about the reason of me deciding to accompany Mr.Kopa. About three minutes later TI of Bhairamgarh started addressing me in an extremely rude and disrespectful manner and soon became violent and abusive. He started abusing me with slur and offensive language, which was followed by beatings with a thick bamboo stick and with a hard rubber cane, continuously slapping me while pulling my hair and kicking severely. After sometime he went out and started beating Kopa Kunjam. Kopa Kunjum was brought into the same room and both of us were beaten severely for 30 minutes by the TI Mr. Nand and an assistant constable Banjara, while some 15 other police staff & S.P.Os surrounded both of us. TI Mr. Nand also said that “ No Advocate in Bastar dares to speak in my presence and you talk a lot. Now show me how much you can talk! Show me how much law you know?” Later I was taken to a separate room and was questioned about the purpose of my stay in Dantewada and association with VCA. At around 10 PM, I listened someone saying that , “Sala Bada Admi hai , Delhi se Sahab ka phone aya hai.” Soon after this I was asked to write in a paper that I was brought to Bhairamgadh and as it has become late evening and there is no mode of transport and since the area is a very sensitive and unsafe, I decided to spend the night at Bhairamgarh station, where I am safe. In Bhairamgadh Police Station, they said that that Himanshu is a Naxalite and whoever is working with Himanshu is a naxalite and who stays with Himanshu it a Naxal supporter.

Mr. Kopa was very badly beaten and had received serious injuries on his chest, back and leg, due to which he was even unable to walk and sleep properly. I have got injuries on front portion of elbow of right hand, biceps and back causing severe pain and swelling. I was even not able to move my hands and back due to severe pain. I spend whole of night shivering and in pain, speculating what next is to happen.

On 11 December, 2009 at 9:30 a.m. I was sent to Dantewada police station accompanied by 4 S.P.O.’s in a vehicle and one head constable of Bhairamgarh police station, while Mr. Kopa was kept detained. When they reached Dantewada Police Station, two volunteers of VCA were called and I was handed over to them.

After being released, next date day, I went to Ambedkar Hospital, Raipur to get a medical examination done, however I was asked make a compliant before the police and I was informed that the police will come after I make the complaint and then MLC will be conducted in the presence of police. I thought of going back to Dantewada to lodge the F.I.R. but because I was scared of being implicated in any false case this time, I did not go there.

However, being very much concerned about the trend of even lawyers not being allowed to function freely and being beaten up like this, I have no other option except to write this open letter-cum-appeal addressed to every body so that the issue could be taken up by the society itself. I have been subjected this kind of brutality for working for poor and powerless. It is against law, against democracy and even against morality to do this to an advocate. If such kind of treatment is given to young lawyers who want to work towards a better society, young generation will loose hope.

Kindly take appropriate step against those who have abused power vested in them to beat and insult me in this gruesome manner and help restoring the faith of young people in the democracy and rule of law.

7 comments on “A typical Chhattisgarh story”

This entry was posted on December 19, 2009 by Siddharth Varadarajan in Chhattisgarh, Human Rights, Indian Politics.