A harsh reminder of India’s burden and stake in Afghanistan 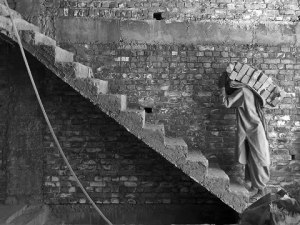 With the Indian embassy being targeted for the second time despite India playing no role in the war in Afghanistan, it is clear that geopolitics rather than the aspiration of “freedom-loving nationalist and Islamist forces” (as the Taliban call themselves) is the driving force…

New Delhi: The suicide attack on the Indian embassy compound in Kabul underlines a curious irony about the situation in Afghanistan: Despite playing no direct role in the American-led war against the Taliban and Al-Qaeda, India is rapidly becoming one of the most highly favoured targets of terrorists in that country.

In 2008, a suicide bomber believed to be linked to the Haqqani network blew himself up outside the embassy, killing 58 people, including three Indian officials. And workers and engineers on Indian-led projects have been kidnapped and killed by the Taliban in the past, forcing India to limit its assistance to projects not involving its own manpower.

Barely 24 hours before Thursday’s deadly attack in Kabul, Foreign Secretary Nirupama Rao had expressed her government’s frustration at the “sense of defeatism” which has begun to overwhelm international public opinion about the situation in Afghanistan and which serves no purpose other than to encourage insurgent groups to step up their activities. She also warned against “facile attempts to strike Faustian bargains with terrorists,” a thinly veiled message to those in the United States who might find a quick pullout linked to a Pakistani-brokered political settlement with the Taliban a viable or tempting option.

The timing of the embassy bombing was obviously a coincidence but the Taliban – which has claimed responsibility in a statement on its website, shahamat.org – would like nothing better than to have the same defeatist spirit take hold of New Delhi, one of the largest providers of development assistance to the Afghan government.

Last year, India was told by U.S. officials that the embassy bombing had been sanctioned at the highest levels of the Pakistani intelligence establishment. This time, too, the Indian government is likely to conclude the suicide attack was scripted in Rawalpindi, presumably as a part of the “countermeasures” America’s top military commander in Afghanistan recently warned India about.

General Stanley A. McChrystal’s assessment, contained in an official report prepared by him a month ago, was schizophrenic. He said India was “exacerbating regional tensions” and encouraging “Pakistani countermeasures” by its increasing political and economic influence in the beleaguered country. But he also said Indian activities “largely benefit the Afghan people.”

At the root of this American ambiguity about the Indian role in Afghanistan is the division within Washington about virtually every aspect of the Obama administration’s AfPak policy. Should more U.S. soldiers be sent to Afghanistan, as Gen. McChrystal has demanded, or not? Should the war be expanded to Pakistani territory or not? Is it possible to reach an understanding with the Taliban if the latter breaks its ties with the Al-Qaeda? Is the Pakistani military part of the problem or the solution?

On the last question, Gen. McChrystal minced his words. Senator John Kerry was a little more direct, noting in Senate hearings earlier this month that “it has been difficult to build trust with Pakistan’s military and intelligence services over the years because our interests have not always been aligned and because ties between the ISI and Taliban remain troubling.”

Ms. Rao drew attention to those ties when she told a seminar here on Wednesday that the international community needs to put “effective pressure on Pakistan to implement its stated commitment to deal with terrorist groups within its territory, including the members of the Al-Qaeda, Taliban’s Quetta Shura, Hizb-e-Islami, Lashkar-e-Taiba and other like-minded terrorist groups.” Without this, she said, it would be “difficult to forestall the restoration of status quo ante, to a situation similar to what prevailed prior to 11 September 2001.”

Unfortunately for India, none of the options currently being considered by the U.S. is very palatable. Much as New Delhi fears American defeatism, it also knows any expansion in U.S. military operations in Afghanistan will likely make the situation worse, not better. Both scenarios, in any case, will increase American dependence on the Pakistani military, something India sees as fundamentally wrong-headed.

Preoccupied with finding the optimal military strategy, President Obama has done little to take forward his promise of seeking a regional solution. As a target of terror in Afghanistan, India has a right and an obligation to be more assertive in the quest for a more rational approach to the Afghan problem.

This entry was posted on October 9, 2009 by Siddharth Varadarajan in Afghanistan, Indian Foreign Policy.