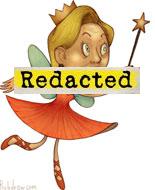 New Delhi: A day after Secretary of State Hillary Clinton reversed U.S. policy by telling a press conference here last month that “clearly we do not” oppose the transfer of enrichment and reprocessing (ENR) technology to India, the State Department quietly issued a “press guidance” contradicting her remarks.

But curiously, the guidance was never publicised in India, where America’s attempts to block ENR sales at the G8 and NSG had triggered a huge political controversy and where the confusion caused by her remarks was the greatest.

“U.S. policy on restricting transfers of enrichment and reprocessing (ENR) technology, equipment and facilities has not changed,” the State Department noted on July 21 in guidance made available to The Hindu on August 4, one day after The Washington Times first reported the existence of this clarification.

The guidance also clarified that in mentioning the U.S. agreement with India, “the Secretary was referring to the fact that the United States has granted India advanced consent to reprocess U.S.-origin spent nuclear fuel.”

In fact, Ms. Clinton had made no reference to reprocessing spent fuel. “We have just completed a civil nuclear deal with India,” she said on July 20. “So, if [the transfer of processing and enrichment technology] is done within the appropriate channels and carefully safeguarded, as it is in the case of India, then it is appropriate.”

Although the U.S. is the prime mover behind the G8 ban and the NSG proposal to exclude non-NPT signatories from ENR transfers, the latest State Department guidance is the first time Washington has publicly acknowledged its support for the anti-India move.

Since existing NSG guidelines prohibit all nuclear transfers, including ENR items, to non-NPT signatories, the new ENR-specific rule will only affect India which otherwise enjoys a blanket waiver from the NSG’s restrictions.

2 comments on “Hillary visit over, U.S. says it backs ENR ban on India”

This entry was posted on August 5, 2009 by Siddharth Varadarajan in Nuclear Issues.