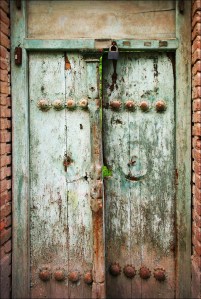 New Delhi: Less than a year after the Nuclear Suppliers Group waived its export rules to allow the sale of nuclear equipment, fuel and technology to India, the United States has persuaded the G8 to ban the transfer of enrichment and reprocessing (ENR) items to countries which have not signed the Nuclear Non-Proliferation Treaty, including India.

The move, which effectively negates the promise of “full” civil nuclear cooperation lying at the heart of the 2005 India-U.S. nuclear agreement, took the Indian establishment by surprise with officials unaware that the G8 was even adopting such a measure at L’Aquila, Italy. That this was done at a summit in which Prime Minister Manmohan Singh was an invited guest is likely to add insult to injury when the full implications of the latest decision fully sink in.

The ban, buried deep within a separate G8 statement on non-proliferation, commits the eight countries to implement on a “national basis” the “useful and constructive proposals” on ways of strengthening controls on ENR items and technology “contained in the NSG’s ‘clean text’ developed at the 20 November 2008 Consultative Group meeting.”

Though the “clean text” is not a public document, a senior diplomat from a G8 country confirmed to The Hindu that the eight countries had agreed to certain minimum criteria — including adherence to the main instruments of nonproliferation — as a condition for the sale of equipment and technology destined for safeguarded ENR activities in a recipient country.

In the run-up to the final NSG plenary on India last September, Washington sought to get New Delhi to agree that the nuclear cartel’s rule waiver would not cover ENR transfers. But with the Indian side sticking to its guns, the NSG finally agreed to a clean exemption allowing nuclear exports of all kinds, including sensitive fuel-cycle-related items and technologies, provided they were under safeguards.

Under pressure from the Bush administration, the NSG subsequently debated new ENR rules last November but failed to evolve a consensus because of opposition from countries like Brazil, Canada and Spain to restrictions that would go beyond what the NPT itself provided for.

With consensus proving elusive during the recent June meeting of the 45-nation club, the Obama administration decided to decouple the question of ENR sales to India from the NSG process — something the latest G8 agreement on interim implementation of a national-level ban effectively does.

G8 diplomatic sources told The Hindu the adoption of the decision meant countries such as Russia and France would no longer be able to sell ENR items to India and that there was now a greater likelihood of the NSG forging a consensus along the lines of what has been agreed at L’Aquila.

India’s ability to purchase nuclear fuel and reactors from the G8 or NSG countries will be unaffected by the latest ban. Unless, of course, the new decision becomes the trigger for attempts to further dilute or qualify the core bargain contained in the ‘India exception’ last year wherein the nuclear test moratorium was reaffirmed and indigenous Indian facilities offered for permanent international safeguards in exchange for the doors of nuclear commerce being thrown fully open.

This entry was posted on July 11, 2009 by Siddharth Varadarajan in Indian Foreign Policy, Nuclear Issues.