Media ethics and the SIT report on Gujarat 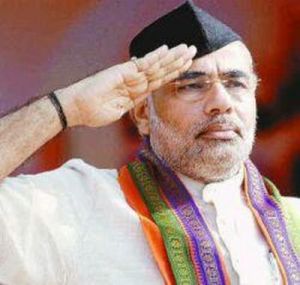 Reporters should be careful about claiming to have “access” to explosive confidential documents when all they might have are a few paragraphs selectively planted on them by vested interests. SIDDHARTH VARADARAJAN wonders why three weeks down the line the TOI reporter has not done more exclusives if indeed he had access to the report…

Media ethics and the SIT report on Gujarat

In the face of the Gujarat government’s persistent refusal to investigate and prosecute the most heinous crimes committed during the 2002 anti-Muslim riots in the state, the Supreme Court last year set up a Special Investigating Team to inquire into 14 specific incidents of mass violence. The decision followed a petition by the National Human Rights Commission, which had wanted the Central Bureau of Investigation to be given charge since the Gujarat police was clearly unable and unwilling to conduct an honest probe. Later, the Citizens for Justice Peace, an NGO led by Teesta Setalvad, also joined the case.

The SIT, headed by the respected former CBI director, R.K. Raghavan, but staffed by police officers drawn from the state force, submitted its report to the SC on March 2, 2009. The court treated the report as confidential since it was akin to a chargesheet. However, a copy was provided to the “accused”, i.e. the Gujarat government, as well as to Harish Salve, amicus curiae in the case. Gujarat was asked to submit its reply to the SIT’s findings on April 13. Meanwhile, based on its own investigations, the SIT began proceeding against functionaries of the Gujarat government and sangh parivar for their involvement in the riots such as Mayaben Kodnani, Jaideep Patel and senior police officers.

On April 13, Gujarat counsel Mukul Rohtagi provided the state government’s response to the SIT report before the court. Neither the SIT nor Mr. Raghavan made fresh submissions that day. As expected, the Gujarat government highlighted those aspects of the SIT’s findings which, it felt, showed the authorities in a relatively good light. Since the BJP state government had argued from day one that its handling of the violence was exemplary and that allegations of official complicity were the product of NGO bias, its counsel sought to portray the SIT report as an indictment not of the administration but of Ms. Setalvad and other activists. There was nothing unusual about this strategy. Petitioners and respondents often interpret or distort official documents to bolster their own case. But what was unusual was the manner in which a major newspaper, The Times of India, chose to report the day’s proceedings.

On April 14, its court reporter, Dhananjay Mohapatra, ran a sensational story quoting the SIT and Raghavan as accusing Ms. Setalvad and her NGO of “spicing up” the Gujarat riot incidents. The TOI also reported the SIT as saying she had “cooked up macabre tales of wanton killings”.

Mohapatra writes: “In a significant development, the SIT led by former CBI director R K Raghavan told the Supreme Court on Monday that the celebrated rights activist cooked up macabre tales of wanton killings. Many incidents of killings and violence were cooked up… and false witnesses were tutored to give evidence about imaginary incidents, the SIT said in a report submitted before [the court] … Rohtagi also said that 22 witnesses, who had submitted identical affidavits before various courts relating to riot incidents, were questioned by the SIT which found that they had been tutored and handed over the affidavits by Setalvad and that they had not actually witnessed the riot incidents”. The TOI also said the SIT had found “no truth” in certain incidents “widely publicized by the NGOs” such as the gouging out of the foetus of a pregnant Muslim woman, Kausar Bano, and the dumping of bodies into a well by rioters at Naroda Patiya.

Let us be clear about what this report tells us. First, a series of claims is made about the purported contents of the SIT report. In this narrative, the SIT, far from indicting the rioters and their instigators as the Supreme Court had mandated them to do, is arguing that many incidents never happened and that the witnesses providing evidence are all unreliable. Second, a distinct but false impression is created that the source of these astonishing claims is the SIT head, Raghavan, who, the reporter asserts, “told the Supreme Court on Monday” all of the things that he then goes on to state as fact.

The reality is that neither the SIT nor Mr. Raghavan made any submission on April 13. That the Gujarat counsel is likely the source for the purported contents of the SIT report is made clear by the fact that the only attributed quotations in the story belong to Mr. Rohtagi. But since the respondent could hardly be considered an objective, the reporter chose to slur over this fact.

As expected, within hours of the story appearing, the blogosphere and about how the Gujarat government had been unfairly maligned all these years. Even a liberal columnist like Pratap Bhanu Mehta jumped the gun with an instant op-ed attacking not just Ms. Setalvad but all “secular interlocutors”. In a flash, a report that actually formed the basis for the indictment of a sitting minister in the Modi government got converted into an indictment of “secularists” and NGOs in general!

Though Mr. Rohtagi cannot be faulted for spinning the story on behalf of his clients, the episode underlines the need for reporters and editors to be careful about the use of selective leaks from a motivated source. When Ms. Setalvad noted that the SIT had made no fresh submission on April 13 and that the paper had gone by what the Gujarat government argued in court, the TOI editors were gracious enough to publish her rebuttal. However, the waters were further muddied by the reporter’s counter-claim that his original story was based on the findings of the SIT and that even though the report was confidential, “the TOI has access to the report”.

In order to prove this “access”, the reporter quoted sentences from four pages. The essence of these quotes were (1) that some witnesses had brought written statements which turned out to be at variance with what they subsequently deposed before the investigating officer, and (2) that a particular police officer had not been derelict in his duty during the riots as the activists had alleged. But the evidence offered only amounted to a watered down version of two of the less significant claims he had originally made. And he offered no quotations from the SIT report to buttress his more sensational allegations.

I have no way of knowing whether Mohapatra’s claims in these two instances are accurate or not. But what is strange is that a reporter who has access to a document that is brimming with information about the Gujarat riots and its executioners found nothing newsworthy other than the purported allegations about Ms. Setalvad. Even assuming those allegations are an accurate summary of what the SIT has written – and there are reasons to doubt this is the case – it speaks volumes for the reporter’s news sense that this is all he bothered to report. It is as if a defence correspondent “has access” to the still classified Henderson-Brooke report on the 1962 war and does an exclusive story not on its contents and main findings about who was responsible for India’s defeat but on the role of a minor ‘villain’.

Even if the reporter made a judgment call and chose to highlight the Setalvad matter on day one, surely, he would have come across other material worth reporting on subsequent days? It is rumoured, for example, that the SIT report takes a contrary view to the Banerjee committee’s finding on the Godhra incident of February 27, 2002 that the train fire was the result of an accident and not a fire. But despite having “access”, even this crucial angle was not explored. Three weeks on, the fact that the reporter has not provided further details of the contents suggests either that he no longer “has access” to the full report, or, more likely, never had access to the full report in the first place other than the bits and pieces conveniently made available by interested parties.

The authors of this selective leaking thought a planted story would destroy the credibility of the Gujarat government’s critics but the strategy has not worked. The Supreme Court has criticized the motivated, distorted leak of a confidential document and said it will not allow anyone to derail its investigation. The fact that the court has now asked the SIT to probe serious charges against Mr. Modi and more than 60 influential Sangh Parivar leaders and state officials and given the Team a supervisory role in the riot case prosecutions is a timely reminder of the fact that it is the administration of Gujarat that is in the dock and not those who are insisting that justice be done.

3 comments on “Media ethics and the SIT report on Gujarat”

This entry was posted on May 13, 2009 by Siddharth Varadarajan in Communal Violence, Gujarat, Media.