Haris Gazdar on Pakistan: One step forward, marching to the brink 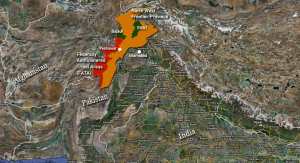 The Economic and Political Weekly (April 11, 2009) and Dawn (April 13, 2009) carry an insightful analysis of the current situation in Pakistan by the Karachi-based economist and political analyst, Haris Gazdar. After a broad brush survey of what’s been happening there over the past two years, he offers a compelling if contrarian assessment of the ‘revolutionary movement’ led by the lawyers and Nawaz Sharif, its implications and consequences for the power of the military and the growing threat posed by the Taliban, an assessment I totally share.

While much of Pakistan’s “civil society” celebrated a famous victory in the restoration of judges sacked by Pervez Musharraf in November 2007, it continues to display an indifference bordering upon negligence to the existential threat to itself. President Zardari’s bungling and opposition leader Nawaz Sharif’s irrational ambitions brought a welcome relief to the jihadi apparatus at the precise moment when the noose around it looked like tightening.

The EPW article was edited down from a longer piece, which Haris has sent me. You can read the full version here…

One Step Forward, Marching to the Brink

While much of Pakistan’s civil society celebrated a famous victory in the restoration of judges sacked by General Musharraf in November 2007, it continued to display indifference to the existential threat to itself. President Zardari’s bungling and opposition leader Nawaz Sharif’s ambitions brought welcome relief to the jihad apparatus at the precise moment when the noose looked like tightening. Just as the route map to the democratic transition was obscured the contours of the abyss became a little clearer. Extraordinary acts of leadership are now needed, but it is not clear if they will be forthcoming or sufficient.

The “lawyers’ movement” has been a remarkable phenomenon. Triggered by General Musharraf’s sacking of Chief Justice Iftikhar Chaudhry in March 2007, the bar associations mobilized civil and political society to their cause. The movement opposed elections held in February 2008, but then found allies in Nawaz Sharif’s Pakistan Muslim League (PML-N). The PML-N made cooperation with the leading Pakistan Peoples’ Party (PPP) conditional on the judges’ restoration. The PPP entered public agreements to this effect but balked at restoring Chaudhry, fearing he would come in the way of an already delicate transition.

Most of the other sixty sacked judges were “reappointed” but the lawyers were not impressed. The fine line between their demand of “restoration” and “reappointment” was lost on most, but Chaudhry’s case became cause celebre. Matters came to a head when the lawyers announced a long march on Islamabad and indefinite protest until Chaudhry’s restoration.

On 22 February Sharif declared that his party, which controlled the Punjab provincial government, backed the long march. Within three days the Supreme Court ruled against Sharif and his brother Shahbaz, the Punjab Chief Minister, in a petition challenging their eligibility for public office. Governor’s rule was imposed confirming suspicions of Zardari’s hand. The PPP governor launched a crack down. On 15 March, Sharif defied house arrest, and led a swelling crowd through hastily-removed police barricades making his way along the Grand Trunk Road towards Islamabad. As the demonstration gathered strength Prime Minister Gilani came on national television to announce the restoration of the judges. Sharif called off the protest. Zardari had bungled his way to surrender. Chaudhry was restored, and the PML-N was back running Punjab.

Not quite the revolution

Despite claims of national mobilization, the long march was a PML-N show. Lawyers were outnumbered by activists of Jamaat-e-Islami (JI), who were in turn dwarfed by PML-N contingents. The electronic media constructed an image of a national rising, but the mobilisation was confined to north-central Punjab, a region accounting for a third of the population. The congruence between the PML-N support base and the long march was exact. In the 2008 elections Sharif’s party won 16 per cent of the national vote, most of it in north-central Punjab. Southern Punjab, NWFP, Balochistan and Sindh were virtually absent from the long march and for parties representing voters in these regions the finer distinction between “reappointment” and “restoration” was not a top priority in the face of worries such as civil war and economic survival.

The richer segment of the most powerful region in Pakistan had spoken and claimed to speak for the nation. Battle-hardened political activists elsewhere were left wondering how long their own mass protests would have lasted before facing police batons, military bullets, and suicide bombers. A minority had bent the will of the majority and jubilant cries of “national triumph” simply rubbed salt in the wounds.

This was no people’s revolution. Revolutions are about challenging power and they face real power – not policemen who melt away. Pakistan’s central pole of power – the military – was not mentioned except in admiration for its help. An elected civilian government already under fire from a recalcitrant military was the main target. This government could be rightly accused of ineptitude, but scarcely of being powerful. The military emerged as the main intermediary between the two biggest democratic parties.

International commentary chastised Pakistani leaders for getting distracted from the urgent task of dealing with jihadi militancy. A victory for the militants will render Zardari’s political insecurities and Sharif’s ambitions irrelevant, let alone allow an “independent judiciary”. But momentary distraction was not the only implication of the long march for the struggle against jihadi militancy.

The long march changed the balance of power within Pakistan. At first viewing the political fortunes of Nawaz Sharif rose, while those of Zardari declined. While PPP obituaries are premature its battering is not good news. It is the largest secular party with representation across regions and ethnic segments. Nawaz Sharif’s emergence is seen by some as grounds for hope. His past connections with Sunni extremists and relations with Saudi Arabia, Jamaat-e-Islami and other right-wing groups might be assets which could be used to tame the jihadis, if taming were possible.

The real balance of power

Beyond the Sharif-Zardari tussle, political parties collectively lost ground to other forces. The most obvious gainer is the military which as guarantor occupied a dominant position with respect to both parties. We wait to see what its pound of flesh will be. The lawyers and the “restored” judges too might feel that they have emerged as an autonomous power centre. But for all the talk of the rule of law the judges are unlikely to challenge the de facto power of the military.

The “independent” electronic media which continued its denial chorus, emerged as another power centre. Regardless of whether the rightwing domination of the electronic media is choreographed or genuine, the effect is the same. A minority opinion, if measured in terms of electoral arithmetic, is projected as the national view. This view is defensive about jihadi militancy, hostile to good relations with Afghanistan and India, and prickly about any discussion of nuclear proliferation — all the elements that led Pakistan to be labelled “the world’s migraine”.

Meanwhile, unnoticed at home, the federal police won international accolades. According to the head of Interpol, “Pakistani authorities’ co-operation following the Mumbai attacks has been no less than extraordinary. I would like to commend them [….] for setting an example for the international police community.”1 Special praise was reserved for Rehman Malik, the head of the Interior Ministry, for pursuing leads against jihadi networks. Malik, however, is the target of a persistent campaign by rightwing opinion-makers, and was singled out for attack by the PML-N during the long march. If there is to be a pound of flesh, it may well be Malik.

Contours of failure or acts of leadership

Despite statements of goodwill between the PPP and PML-N after the long march, it is unlikely that hostilities have ended. Sharif may persist with his ambitions of becoming prime minister – though he cannot succeed without help from the military. Zardari might continue to nurture his political insecurity, and get trapped into yet another defeat – this time on the issue of reducing presidential powers in the constitution. Chaudhry will play a role in the ensuing squabble, and the military may succeed in stalling efforts at confronting the jihadi threat. Denial will get its own regime.

Things have changed since the 1990s, however, when the parties, the military and the judges last went on a merry-go-around. Political society has become further disarticulated. Fragmentation along regional and ethnic lines is a reality, and coercion is a less feasible alternative to negotiated cohabitation. Moreover, Pakistan is in the midst of an international intervention, and the military has underestimated the stamina of foreign forces this time round. The world “came out” on Pakistan in an unprecedented way in the last few weeks. US officials publicly pointed the finger at operational links between Pakistani military agencies and jihadi militants. They spoke of radical solutions such as the overhaul of intelligence agencies and the strengthening of civilian security forces including the police.

A retreat from the struggle against jihadi militancy is no longer a costless option – and unwillingness to act will draw further intrusive responses from foreign powers. And the “world’s migraine” has acquired an address. The political constituency for all of the factors that the world sees as problematic is now restricted to a specific region. In the absence of a will to reform, that region’s claim to speak for “the nation” will be challenged – with or without help from external powers.

Stepping back from the brink will require extraordinary leadership on the part of Pakistani politicians – but only they and not the military, judiciary or the media can lead the change. Zardari will have to invest in his party in Punjab, allow other leaders to emerge, and accept that Benazir’s unquestioned authority died with her. Sharif must understand that he cannot become prime minister without an ultimately suicidal Faustian bargain with the military. He could lead the rightwing and north-central Punjab to a consensus against jihadi militancy, and instead of isolating the likes of Malik the PML-N will have to find effective Malik counterparts in Lahore. Plan A is the present government completing its term, PML-N getting on board as a strong opposition supporting the war against jihdadi militancy, and the two parties cooperating in the gradual reduction of the domination of the military.

It is not certain that the leadership will be forthcoming, or that it will succeed. Foreign powers pressure Pakistani politicians to rethink their priorities. But foreigners will respond to their own domestic expediencies first and the needs of the Pakistani society second, which means that the time needed to see Plan A through might run out sooner than we think.

2 comments on “Haris Gazdar on Pakistan: One step forward, marching to the brink”

This entry was posted on April 17, 2009 by Siddharth Varadarajan in Pakistan, Terrorism, U.S. Policy in South Asia.