This is a really big deal 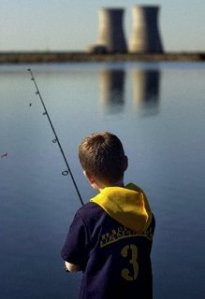 The Government of India has massively upped its estimate of the amount of megawattage it intends to buy from American nuclear vendors. That means essentially Westinghouse-Toshiba and GE-Hitachi. Of course, none of this can happen without the differences in interpretation over fuel supply assurances being sorted out and India receiving permanent reprocessing consent rights. Or can it?

New Delhi: Whether as bait or actual commitment, the United Progressive Alliance government has promised the United States that India will acquire 10,000 MW worth of nuclear power generating capacity from American firms — more than what it is currently negotiating to buy from Russia and France combined.

This startling figure lay buried in the testimony — or “testimoney” — of William Burns, U.S. Under Secretary for Political Affairs, before the Senate Foreign Relations Committee in Washington on September 18.

“The Indian government,” said Mr. Burns, “has provided the United States with a strong Letter of Intent, stating its intention to purchase reactors with at least 10,000 Mega Watts (MWe) worth of new power generation capacity from U.S. firms.” India, he added, “has committed to devote at least two sites to U.S. firms.” Until recently official U.S. expectations of contracts in the nuclear arena were pegged much lower. In testimony to Congress in 2006, Secretary of State Condoleezza Rice had spoken of the U.S. building only one or two reactors.

In its January 16, 2008, replies to Congress, the U.S. State Department said India indicated it planned to import at least eight 1000 MWe reactors by 2012 from international sources. In a cautious vein, the State Department spoke of the employment spin-offs “if American vendors win just two of these reactor contracts.”

But some time between January and September, India appears to have sweetened the deal by sending across a “strong Letter of Intent” for the purchase of at least 10 U.S. reactors over an undefined time period.

Speaking to The Hindu on condition of anonymity, official sources familiar with India’s current plans for the expansion of nuclear power said Mr. Burns’s figure indicated two things. “The government appears to have dramatically scaled up both the amount of new nuclear generating capacity it wants built as well as the share within that for imported light water reactors,” said a senior official.

Under the current plans of 20,000 MWe worth of nuclear power by 2020, half that amount is supposed to come from India’s indigenous pressurised heavy water reactors, 2,000 MWe from its fast breeder reactors, and 8,000 MW from imported LWRs. With Russia already building two 1,000 MWe reactors at Koodankulam, that leaves 6,000 MWe of capacity to be apportioned between Russia, France and the U.S.

“But if the target is being hiked to 30,000 MWe or higher, then obviously the share of imported LWRs is also being scaled up.” In a recent speech, Atomic Energy Commission chairman Anil Kakodkar spoke of India importing up to 40,000 MWe of LWRs by 2020. Even so, officials are surprised by the scale of the promise India appears to have made to the U.S. “Even if the number of imported LWRs increases dramatically, the fact is the Americans are in third position in terms of technology,” said an official, expressing surprise that U.S. companies like GE and Westinghouse — which lag far behind their Russian and French counterparts in technological terms and have not built new reactors in the U.S. for decades — could eventually get such a large order.

5 comments on “This is a really big deal”

This entry was posted on September 20, 2008 by Siddharth Varadarajan in Uncategorized.