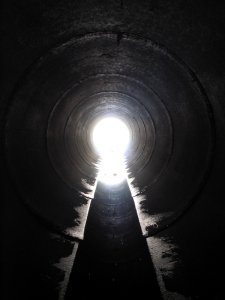 At 11:56 Vienna time, the first SMS landed on the cell phone of an Indian official waiting nervously at the Intercontinental Hotel several miles away from where the Nuclear Suppliers Group was meeting to take a decision on a waiver for India from the cartel’s trade rules.

Within seconds, the other members of the team started getting messages from officials from ‘friendly countries’ within the NSG plenary.

The messages all more or less said the same thing. The waiver is through!

I just came away from a press conference by Foreign Secretary Shiv Shankar Menon. I have also had a chance to speak off the record with a number of diplomats — European and Indian.

The text approved incorporated some changes to the second draft which was circulated last week. These changes do not cross any of India’s red lines, and they were seen by NSG members as genuinely strengthening the nonproliferation regime.

I shall provide more details in The Hindu tomorrow but based on what I have heard and seen, the waiver allows India to enter into full civil nuclear cooperation with members of the NSG. A major new change is a reference to the External Affairs minister’s statement yesterday reiterating India’s nonproliferation commitments, including to its unilateral, voluntary moratorium. There are no post-conditions providing for automatic termination of supply if some member state feels India is not living up to its non-proliferation commitments. The NSG always has the right to consult and convene in case members feel this has happened but a decision to cut off supplies will have to be adopted by consensus. There are no separate restrictions on enrichment and reprocessing technology exports.

I know this is like waving a red rag at a lot of people but I’m going to say it anyway: The waiver is as close to being “clean and unconditional” as it can get. (Take that, Mr. Mulford)

Today is a historic day. The NSG has acted wisely and creatively to strengthen the international nonproliferation regime.

This entry was posted on September 6, 2008 by Siddharth Varadarajan in Nuclear Issues.