NSG statement by the ‘Gang of Six’ 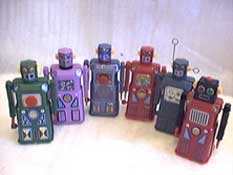 At the NSG meeting, six countries worked together to moot amendments to the draft waiver circulated by the United States. These were Austria, Ireland, the Netherlands, New Zealand, Norway and Switzerland. I recently obtained a copy of their opening statement. Here it is in full…

Statement on behalf of Austria, Ireland, the Netherlands, New Zealand, Norway, and Switzerland

I take the floor on behalf of Austria, Ireland, the Netherlands, New Zealand, Norway, and Switzerland.

For three years, since July 2005, our countries have been closely following discussions on NSG relations with India. We have raised many questions and concerns in this group, and in other fora, as well as with interested Governments. And we have consistently said that we wished to see all elements on the table before taking a final position.

We fully appreciate the enormous demands upon the Indian Government in seeking to alleviate poverty and promote development for its large country and vast population. We fully recognise India’s unique need for a secure and plentiful supply of energy in order to achieve those objectives. We also appreciate India’s recent commitments in relation to non-proliferation.

Our countries are particularly strong supporters and defenders of the Nuclear Non-Proliferation Treaty (NPT), one of the most universal Treaties in the world today, and the most successful arms-control instrument the world has known. Our common goal is to uphold and strengthen that Treaty, which has served the world very well since 1970. We are also committed supporters of the work of the NSG, which seeks to contribute to the non-proliferation of nuclear weapons through the implementation of Guidelines for nuclear exports and nuclear related exports.

Against this background, we have been examining the draft Statement before us today. Specific proposals will be made at this meeting, with a view to increasing the level of comfort with the proposed exemption. We have been guided in our consideration of these issues by the fundamental principles which underpin the NPT, the IAEA Safeguards system and the global security architecture.

This entry was posted on August 26, 2008 by Siddharth Varadarajan in Nuclear Issues.