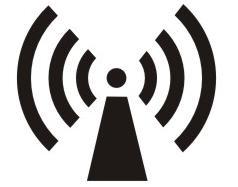 The text of the proposed NSG waiver for India is here, although why you would still want to see it after I published all its relevant parts on August 12 beats me!

And here are some reactions:

Reuters has a story from Vienna quoting an unidentified “diplomat” as saying: “The Indian left is opposed to any demands coming from the Americans, but if they come from other countries, that may go down better domestically.” Either this “diplomat” doesn’t know India or is abusing his diplomatic immunity to smoke stuff not normally allowed under Austrian laws…

Brahma Chellaney’s critique of the NSG draft is out on rediff. And another critic, former BARC director A.N. Prasad, tells the Asian Age: “There is no way we can carry out tests and still keep the waiver … to suggest otherwise is humbug”.

Well, that’s exactly what Daryll Kimball and 150 non-proliferation activists and NGOs are suggesting. What’s more, they’ve even shot off a petition to Frank-Walter Steinmeir, the German FM and current chair of the NSG, demanding changes in the NSG draft to make sure, inter alia, that all supplies are cut off and fuel returned if India tests again.

The NSG draft waiver speaks of non-member adherents to NSG guidelines. Last time I checked, there is only one such country in that category, and that’s Israel. Its note verbale announcing adherence was circulated by the IAEA as Inficirc/632 in 2004. If anybody can educate me about why Israel chose to adhere, I’d be grateful…

I wrote about New Zealand’s position the other day but a useful account of the thinking of another NSG critic of the nuclear deal, the Netherlands, can be found in the speech made by Peter Potman of the Dutch embassy in Washington to the Carnegie Endowment’s 2007 Non-proliferation Conference.

7 comments on “Short takes: Reactions to the NSG draft”

This entry was posted on August 16, 2008 by Siddharth Varadarajan in Nuclear Issues.