The rumblings in Nepal’s Tarai 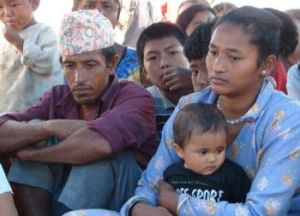 Unless the situation is handled with sensitivity and care, Madhesism, not Maoism, will be Kathmandu’s — and New Delhi’s — next big problem.

The rumblings in Nepal’s Tarai

The people of Nepal go to the polls on Thursday to elect a Constituent Assembly (CA). While the eyes of the world are focussed on what the results will mean for the Maoists and the Monarchy, what happens to the Madhesis and their movement for autonomy will, in many ways, be even more crucial. After spending nearly a week covering the election campaign in the eastern and western Tarai of Nepal, this correspondent came away with a sense of foreboding about the future. Though the ‘Madhesi street’ is calm, armed extremist groups operate with impunity, and it is not uncommon to encounter in the discourse of Madhesi activists a tinge of communalism and even separatism. Unless the legitimate grievances are addressed with sensitivity and grace, illegitimate aspirations will rise up to take their place. In a sense, this process has already begun.

The Tarai belt is Nepal’s most densely populated region and accounts for half the country’s 29 million people. Not all of its residents are Madhesis, however. Janajati groups like the Tharus — the ‘original inhabitants’ before the swamps were cleared and Avadhi, Bhojpuri and Maithili-speaking migrants moved up from India — have a strong presence in the western plains districts. In the east, you have Limbus. And throughout the region, the Nepali-speaking Pahadis are present in significant numbers.

All told, the Madhesis form 31.2 per cent of Nepal’s population. And though they are as stratified in terms of language and caste as the Pahadis, a shared sense of grievance inheres in all of them. “We have never been accepted as Nepalis,” Anand Prakash Pandey, an activist of the Sadbhavna Party, said in Nepalganj. “Despite being Nepali citizens, we have always been called ‘Indians’.”

The exclusion that Madhesi activists speak about is not just nomenclatural. There is bitterness over the extent to which Madhesis have been “kept out” of the state administration, and over the fact that Hindi — the link language between Maithils, Bhojpuris and Avadhis — finds no official recognition in Nepal.

In common with the rest of the erstwhile kingdom’s citizens, Madhesis too wanted the CA to provide them the rights they have been denied all these years. But this is where the plot got complicated. When the Maoists began their ‘Peoples War’ in 1996, they sought to win over the Madhesi population and launched the Madhesi Mukti Morcha. At a time when traditional Madhesi organisations such as the Sadbhavna Party took part in ‘reformist’ politics, the Maoists built up a strong network by addressing the Madhesis’ ethnic grievances as well as the problems of marginalised groups such as Dalits.

Despite their overall profile weakening in the Madhes over the past year, the Maoists still have strong pockets of support in the Tarai. “When they were underground, it was the Maoists who saved all the Musahars here from being evicted from our homes,” said Misri Lal Sada, a rickshaw-puller in Sunsari.

In the Tarai as well as in areas where the janajatis were dominant, the Maoist demand for a CA to be elected on the basis of proportional representation (PR) struck a deep chord. But after the Jan Andolan-II of March-April 2006, when Parliament was restored and the Maoists joined the government, the Nepali Congress and the Communist Party of Nepal (UML) forced the former rebels to drop their demand for PR. A compromise was struck for only half the seats to the CA to be allotted on PR basis. The political cost of this compromise has been tremendous. “The Maoists grew because they promised ethnic rights,” Ravi Thakur of the Madhesi Manavadhikar Forum said in Taulihawa. “So when they dropped PR, the impact of this was immediately felt in the Madhes.”

Overnight, new political groups emerged which took up the demand for, inter alia, a fully proportional electoral system. Since these groups were competing for the same political space as the Maoists, clashes erupted. Soon the entire Tarai was convulsed by the demand for greater representation and autonomy. The NC initially found this agitation useful since its immediate target was the Maoists. And Indian intelligence agencies took a benign view. Eventually, two armed groups also emerged — the Janatantrik Tarai Mukti Morcha (JTMM) of Jwala Singh, and Jai Krishna Goit. The latter is openly secessionist.

Among the politicians who seized the moment was Upendra Yadav, a former Maoist leader who spent time briefly in an Indian jail before abandoning his former comrades, disappearing from sight for a couple of years, and then reappearing at the end of 2006 to spearhead a new agitation for Madhesi rights. He is a charismatic and articulate speaker, but one of his own supporters described him as “not a fully transparent sort of person.” I caught up with him in Devangunj in Sunsari district. “The Madhes has awakened. This is a fight for azadi [independence],” he said. When he saw the look of surprise on my face, he added: “Of course, by azadi we mean svayyata (autonomy). We want the entire Madhes to be one autonomous province.”

This demand of ‘Ek Madhes, Ek Prades’ is problematic because it will foreclose the real devolution and inclusion that Nepal’s diverse ethno-linguistic groups aspire to. For the Madhes activist, federal Nepal consists of three horizontal provincial belts of the plains, the hills and the mountains. The NC and the UML have not elaborated their vision, but the suspicion is that they will push for geographically ‘vertical’ rather than ‘horizontal’ provinces in which the Madhesis will be denied a majority because of the inclusion of Pahadis through a process of gerrymandering.

On their part, the Maoists have put forward a map which comprises more than a dozen provinces, including a part of the Tarai called ‘Madhes,’ which is then divided into three sub-provinces of Abadh, Bhojpura and Mithila. The Tharus and Limbus get their own provinces in the western and eastern Tarai. Though some Madhesi activists support the idea of separate provinces within the Madhes — there is fear of the eastern Tarai dominating the west and of the hankering for jobs and positions that a process of subdivision will bring — most people accuse the Maoists of engaging in a policy of ‘divide and rule.’

The problem for the Madhesi parties is that there are three of them and they did not manage to seal a pre-election understanding among them. This means that in most of the 80-odd Tarai constituencies where the Madhesis are in a majority, Upendra Yadav’s Madhesi Janadhikar Forum (MJF), Mahanth Thakur’s Tarai Madhes Loktantrik Party (TMLP), and the Sadbhavna Party will cut into one another’s votes.

Anil Jha, a senior Sadbhavna leader, said he was not confident that the three parties would together win more than 20 to 25 seats in the 601-strong Constituent Assembly. But does this really matter, since 31.2 per cent of the 335 seats being contested on the basis of PR have already been allotted to Madhesis, and a reasonable chunk of the first-past-the-post seats will also be won by Madhesi candidates from other parties? “We do not think Madhesi members from other parties will represent the Madhes in the CA,” Ram Pratap Sharma, an activist with the TMLP in Taulihawa, declared. “They will be bound by their party’s whip and that whip will belong to the Pahadis.” Said another leader: “The outgoing Assembly had 41 Madhesis in a house of 205. But they were powerless.”

What to do with the Pahadis — who constitute more than a third of the population of the Tarai — is a question the Madhesi parties have not been able to deal with in a coherent way. Some like Upendra Yadav have sought to reach out to the Pahadis: his MJF has included several of them in its list of PR candidates. But others exhibit contempt. “[Upendra] Yadav should not have given so many Pahadis the ticket,” said Pandey of the Sadbhavna party. “Our movement is for the Madhesis.” Asked how many Pahadis had been given the ticket by his party, he replied: “There is no Pahadi in our list and we don’t want any.”

Apart from this sort of chauvinism, what makes the Tarai situation especially combustible is the admiration that activists and leaders of the three Madhesi parties have for the armed extremists. Thus, if the three parties do not make it to the CA with sufficient numbers, that fact will encourage the armed extremists further.

An added cause for wariness is the interest some United Nations officials as well as U.S. government agencies and non-governmental organisations (NGOs) have begun to show in the Madhesis. Sensing the prospect of the larger payoff that internationalisation might bring, one senior Madhesi leader said that if Nepal was not prepared to grant autonomy, the Madhes would look to India. “We are offering Kathmandu control over only defence, foreign affairs and communications,” he said. “If Kathmandu does not want this, we can always offer Delhi the same.”

When it was suggested to him that India would not be interested in the break-up of Nepal or any other neighbour for that matter, he replied: “India may feel compelled to step in if the problem gets internationalised.”

This may be an unrealistic and foolish scenario. But it does drive home the point that India should refrain from adding its own spoon and ingredients to the witches’ cauldron. With the right approach, Madhesi aspirations can easily be accommodated within the federal Nepal that all parties there are officially committed to.

India played a good role in helping to broker the last agreement between the Nepal government and the Madhesi parties. What it must do now is ensure that its territory is not used by extremist elements bent on sabotaging the possibility of a democratic solution.

3 comments on “The rumblings in Nepal’s Tarai”

This entry was posted on April 9, 2008 by Siddharth Varadarajan in Nepal.