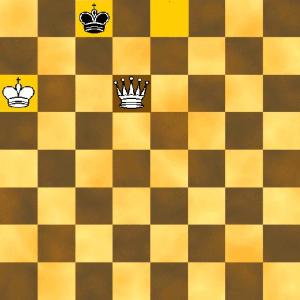 As expected, American intransigence on giving India the right to reprocess spent fuel as well as on other issues led to an impasse, with the three-day long technical interaction betweenn the two sides in Delhi ending inconclusively on Saturday.

NEW DELHI: After three straight days of hardnosed negotiations over their proposed nuclear cooperation agreement, India and the United States have hit an impasse with no real progress registered on the major issues separating them.

Though some minor questions have been cleared up, senior Indian officials familiar with the course of the negotiations told The Hindu that a “stalemate” was reached late Friday night on several issues — including the right to reprocess spent fuel produced by any imported reactor — and that Saturday’s discussions could not resolve matters.

Indian officials declined to characterise the situation as a “deadlock” and said more time was needed. “But if there are no reprocessing consent rights, then we simply can’t proceed,” said an official, referring to the process — integral to India’s indigenous civil nuclear programme — of converting the spent fuel produced by a nuclear reactor into fresh fuel for use in a fast breeder reactor.

Officials also sense a certain hardening of the American position on reprocessing since the past few meetings on the `123 agreement’. “Whatever reprocessing we wish to do with imported fuel or reactors would be under international safeguards but the U.S. side is simply unwilling to accept our right to reprocess,” said an official, blaming the “non-proliferation lobby” in Washington for the impasse.

At a press conference on Saturday evening, Foreign Secretary Shiv Shankar Menon confirmed that reprocessing rights was one of the issues still under discussion but declined to elaborate on any specifics. Striking a positive tone, he described the three days of discussions with the U.S. team led by Under Secretary of State Nicholas Burns as “intensive, productive and constructive” but said the two sides “still have some distance to travel.”

Flanked by S. Jaishankar of the Ministry of External Affairs and R.B. Grover of the Department of Atomic Energy — both key members of the Indian negotiating team — Mr. Menon said that of the several issues which were still open “we have managed to remove some but some still remain.”

India’s goal, he said, is “to reach [a 123] agreement which fully reflects the July 18, 2005 and March 2, 2006 agreements, as well as the Prime Minister’s statement in Parliament.” A separate statement issued by the U.S. embassy on Saturday night said that India and the U.S. had made “some progress” on the 123 but “more work remains to be done to complete arrangements that will permit a civil nuclear agreement to be finalised.”

Though no dates have been fixed for the next round of talks, Mr. Menon said both sides “need a little time to think over what we’ve done over the past few days.”

He said India did not believe in setting dates or deadlines but expressed his confidence that an agreement would eventually be clinched. “All told, [Mr. Burns’s visit] has been positive and useful. This has taken us some way forward towards our goal — a 123 agreement which reflects in legal terms what our leaders have already agreed to.”

This entry was posted on June 3, 2007 by Siddharth Varadarajan in Nuclear Issues.