Myth and reality of ethanol and biofuels 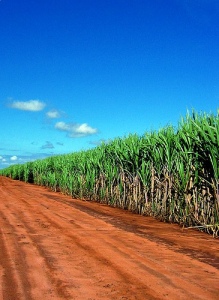 Dateline Sao Paulo: Biofuel from sugarcane may have worked well for Brazil so far but the attempt to expand or replicate the model, especially using corn and other grains, will endanger the planet’s food security and take a huge toll on the environment too.

Myth and reality of ethanol and biofuels

BRAZIL HAS known about sugar booms ever since it first began its bittersweet tryst with that cash crop of colonialism 500 years ago.

The former Portuguese colony prospered for nearly a century before the emergence of new sources of production in the Caribbean led to a crash in world sugar prices. From sugar, Brazil turned to gold, rubber, and then coffee, each generating, in turn, its own boom and bust. The abolition of slavery came only in 1888, well after the rest of the `Western’ world had moved on to a more rational system for the exploitation of labour. This was also when a new wave of immigration started, and when the foundations of modern industry began decisively to be laid.

Today, Brazil is the ninth largest economy of the world and its industrial base encompasses everything from aircraft and cars to uranium enrichment. But sugarcane remains the country’s first love and is today enjoying another boom of sorts thanks to the promise of an abundant, renewable source of fuel — ethanol — that accounts for 50 per cent of the industry’s output.

In 1925, the year Henry Ford made his famous statement that ethyl alcohol was the “fuel of the future,” a motor car fuelled only by ethanol was driven by enthusiasts all the way from Rio de Janeiro to Sao Paulo, some 400 km away. During World War II, when gasoline became scarce in Brazil, ethanol began to be produced on an industrial scale and in some regions of the country cars were driven on fuel blends containing up to 65 per cent ethanol.

As the price of oil fell following the end of the war, interest in ethanol waned until the mid-1970s when Brazil was hit by a double shock: spiralling oil prices and falling sugar prices. This is when the government launched its `Proalcool’ national ethanol policy. The policy consisted of mandating the compulsory blending of ethanol with gasoline in progressively higher proportions and providing tax credits and fiscal incentives for the manufacture of pure ethanol-run cars. The measures worked and by the late 1980s, over 90 per cent of all cars manufactured in the country came with dedicated ethanol engines.

“That’s when the price of oil fell again internationally and rising sugar prices also tilted the ethanol-sugar product mix decisively in favour of sugar,” Alfred Szwarc, technology adviser to UNICA, the Sugar Cane Agroindustry Union, in Sao Paulo told this reporter. Once again, the ethanol industry went into a tailspin.

It was in order to get around the problem of cyclical oil prices that Brazilian auto manufacturers and energy planners hit upon the idea of `flex fuel’ cars. By law, all gasoline sold in Brazil is actually gasohol, containing around 23 per cent ethanol. The flex car allows owners to use gasohol and ethanol in any combination. Today, according to Mr. Szwarc, the total fleet of flex fuel cars is 3 million and flex cars represent 83 per cent of all new cars sold in Brazil.

As a result, Brazil’s total annual output of ethanol stands at 17.9 billion litres — a stunning 12.6 per cent of the country’s total energy mix — of which around four billion litres are exported every year.

Though these figures seem high, they pale in comparison to the future scenario for biofuels that the United States has started to paint for itself and the world, and therein lies the downside for what is otherwise a fairly useful alternative energy scenario.

In his State of the Union address earlier this year, U.S. President George W. Bush unveiled a plan for ending America’s “addiction of oil.” This involves reducing gasoline consumption by 20 per cent by 2017, and supplementing the shortfall by producing or importing as much as 135 billion litres of biofuel.

Unlike Brazil, ethanol in the U.S. is produced primarily from corn, a vastly inferior source from the energy balance point of view since the ratio between renewable energy produced and fossil energy used in its production is only around 1.3 to 1.8. In Brazil, the ratio claimed by UNICA is as high as 8.9 because the electricity used in the production process is generated from cane waste such as bagasse rather than from the national grid.

But more than the energy inefficiency, a massive corn-fed ethanol programme protected by hefty subsidies means huge increases in the price of corn and other grains, as well as of fertilizers. And as the ethanol output grows to meet Mr. Bush’s target, there is a real danger that food prices would have risen so high as to compromise the nutrition of millions of poor, especially in the developing world.

This is the reason why Cuban President Fidel Castro has attacked the American plan and the wider `ethanol alliance’ that Mr. Bush struck with his Brazilian counterpart, Luis Inaciao Lula da Silva, earlier this year. “Transforming food into fuels,” wrote Mr. Castro recently, “is a monstrosity.”

Mr. Castro is not alone in being fearful of the impact of ethanol and biofuels on the production of food and the environment. For Wilmar Luis da Silva, the agriculture secretary for the small but prosperous hinterland of the Brasilia federal district, the U.S. ethanol programme has already unleashed a chain of events that has led to the price of fertilizers shooting up worldwide. “Thanks to the subsidies the U.S. pays its corn producers, the price of fertilizer has already gone up. In Brazil, 60 to 70 per cent of the cost of production in agriculture is fertilizer. Nitrogen prices have risen from 200 to 500 dollars per tonne in the past 90 days. Potash has also gone up.”

Mr. Da Silva also said that because rising ethanol demand prices corn beyond the reach of cattle farmers, grains such as soy were being used as farm feed. “Today, the U.S. is the biggest producer of soya but if they start buying all the soya in the world, food prices will go up in Brazil and elsewhere,” he said.

As a representative of UNICA, Mr. Szwarzc is quick to deny Brazil’s own cane-driven ethanol programme will compromise the country’s food security. “Today, we use 3.3 million ha for ethanol production and another 6 m ha for sugar, amounting to around 10 per cent of the total 60 m ha under cultivation.” But what about future expansion, as Lula seeks to push for ethanol exports worldwide? Mr. Szwarc said Brazil had more than 220 m ha of pasture land and that if better pasture processes were followed “some 20 m additional ha can easily be converted to agriculture.” And since most of Brazil’s cane output is rainfed, he said there was no pressure on water resources either.

But what is true for Brazil may not be true for other parts of the world. And it is certainly not true for corn ethanol, say critics, who argue that monoculture and fertiliser use will cause tremendous environmental damage in the long run.

And there are the working conditions on sugarcane plantations, where 80 per cent of the crop in Brazil is still harvested by hand.

The status of cane workers, captured in a documentary film, Ethanol Slaves, made by Finnish director Martti Backman, has been the subject of much controversy. In his recent writings, Mr. Castro has referred to Brazilian studies which affirm that a cane cutter needs to perform “36,630 flexing movements with his legs, make small trips 800 times carrying 15 kilos of cane in his arms, and walk 8.8 km in his chores” every day.

But if corn is a disaster and sugarcane has its limitations, what about other sources of biofuel? Petrobras, Brazil’s national oil company, has developed a technique of squeezing 590 litres of biodiesel from one tonne of castor beans and is now producing 40,000 litres daily at a plant in Guamare in Rio Grande do Norte. At a working prototype at the Petrobras research facility in Rio de Janeiro, an engineer, Carlos Khalil, explained the process through a working model and said the productions costs compared favourably with diesel produced from crude oil.

But here too there are problems. The environmentalist Saulo Araujo has noted that plantations of castor are expanding rapidly in the northeastern State of Piaui and that even forest reserves are being logged to make way for monoculture cropping of castor. And there are also concerns about emissions from biodiesel.

For Mr. Szwarc, the true future of biofuels lies in cellulose. Echoing Henry Ford’s 80-year-old claim that “there is fuel in every bit of vegetable matter… like weeds, sawdust,” he says the U.S. and Brazil plan to collaborate on this front. “We can use bagasse waste, rice husks, leaves, stems — all of this could one day be used to produce cellulose ethanol.”

If it works, the world’s food supply might well be saved. But in the interim, more ethanol might mean pump prices in the U.S. stay steady. But the rest of the world is going to have to start paying a lot more for its food.

3 comments on “Myth and reality of ethanol and biofuels”

This entry was posted on June 2, 2007 by Siddharth Varadarajan in Energy, Latin America, Political Economy.