This has nothing to do with energy 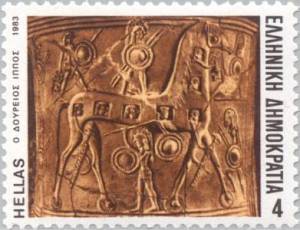 Under Secretary of State Nicholas Burns’s recent article is a reminder of America’s onerous “strategic partnership” agenda for India: defence sales, interoperability of forces followed by joint missions, isolating Iran, and helping to prise Central Asia away from Russian influence.

This has nothing to do with energy

Under Secretary of State Nicholas Burns’ recent article is a reminder of America’s onerous “strategic partnership” agenda for India: defence sales, interoperability of forces followed by joint missions, isolating Iran, and helping to prise Central Asia away from Russian influence.

FOR ALL the controversy that nuclear negotiations between India and the United States have generated since July 2005, there is one point on which the supporters and opponents of the deal in both countries tend to agree wholeheartedly: the nuclear agreement is not about energy.

Nuclear power contributes less than 3 per cent of India’s energy consumption basket. Even if the most optimistic projections about imported reactors and fuel come true, that figure is not expected to rise to beyond 8 to 10 per cent by 2020. The share of nuclear power may be a key factor in India’s long-term energy basket but for the short and medium-term, there is no getting away from our increased need for conventional sources of energy such as natural gas, oil, new coal technologies and hydroelectricity. Put another way, while the nuclear deal with the U.S. might be welcome as an additionality, the more pressing task for Indian energy diplomacy is to work in tandem with our neighbourhood and extended neighbourhood to ensure the stable and least-cost supply of oil, gas and hydroelectric power.

Indeed, the challenge is to harmonise the short- and medium-term with the long-term, so that there are no zero-sum games. India, in other words, needs a constructive energy relationship with the United States. But it also needs a similar relationship with Iran, China, Russia, Myanmar, Pakistan, Bangladesh and the Central Asian Republics (CAR). If increased access to nuclear reactors comes at the expense of diminished access to other forms of energy, the gains will get cancelled. One doesn’t have to be an economist to figure that out.

But if the `deal of the century’ with the U.S. is not about energy — not mainly, perhaps not even peripherally — what is it really about? It is about cementing the “strategic partnership” between the U.S. and India. But what exactly does that mean? India has signed, or is in the process of signing, a “strategic partnership” with countries all over the world. For New Delhi, a “strategic partnership” is really a fancy way of saying let us increase the amount of bilateral trade and investment, let our companies access cutting-edge technologies, and let us have defence cooperation. For Washington, however, a strategic partnership holds the promise of much, much more than that. And this is where the problem arises.

Since the Indian establishment is not used to thinking about the world in strategic or structural terms, it has tended to be diffident about leveraging India’s bilateral relationships to generate wider strategic gains in the regional or global context. After all, how can you use bilateral relationships to push for structural changes in the world order when no serious thought has gone into elaborating the kind of international system that you would like to see? Multipolarity and polycentrism worked fine as abstract slogans but little attempt has been made to anchor these concepts in diplomatic practice. For years, the only global security issue with which New Delhi actively engaged itself was terrorism, but even there, the primary purpose was to isolate Pakistan. Under Rajiv Gandhi, some initiative was taken on the arms control and disarmament front, but India later blundered its way into joining the U.S. in co-sponsoring resolutions urging the quick adoption of the Comprehensive Test Ban Treaty and Fissile Material Cut-off Treaty.

Today, in the absence of strategic thinking, a purely instrumental view of international politics has come to dominate officialdom. Rather than thinking through the kind of Asian and world order India needs to strive for, a major section of the Indian establishment has started believing that the strategic partnership with Washington can help pave the way for India’s absorption into the existing world order as a major power. Mindful of this strategic naivete in New Delhi, it is hardly surprising that the promise of helping to make India a big power was the very idea the U.S. State Department ideologues hit upon in the spring of 2005 as a prelude to their opening gambit of a nuclear relationship later that year.

With nuclear negotiations over the crucial 123 agreement evenly poised, U.S. Under Secretary of State Nicholas Burns has chosen this moment to remind critics in America — particularly the newly resurgent non-proliferation lobby — about the enormous strategic promise the relationship with India holds.

India, he wrote in an article in the Washington Post, is likely to be “one of our two or three most important strategic partners” in the years to come, on a par, presumably, with the top two — Japan and Britain. Even if we assume the outstanding issues in the nuclear talks are all resolved in India’s favour, Indians need to ask themselves what it would mean to be one of America’s “two or three most important strategic partners.”

Mr. Burns’ article itself provides four clearly articulated deliverables that the U.S. has in mind. The first one mentioned is, of course, the most obvious one and, arguably, the least objectionable from an Indian standpoint. Once the U.S. has helped “bring India out of its self-imposed isolation” by implementing peaceful civilian nuclear cooperation, he writes, “[we] expect American companies will be among the first to invest in and profit from the opening of this gigantic energy market.”

Mr. Burns turns next to defence, when he says India and the U.S. “can also do much more to create a stronger military partnership.” Here, he elaborates on two separate but related sub-themes. The U.S. and India need to “complete a series of defense sales that meet India’s needs and complement our overall defense relationship” and “build on an already impressive series of joint military exercises by improving the interoperability of our armed forces to respond to global contingencies.” In the latter context, Mr. Burns mentions the post-tsunami quadrilateral naval effort involving the U.S., India, Australia and Japan. The post-tsunami operation is the model on which the Bush administration would like to develop wider security cooperation between this group of four. The target for this gang-up is clearly China.

Implicit in Mr. Burns’ article is the idea that as the nuclear negotiations proceed, the U.S. would also be looking to move from a 123 agreement to a 126 agreement. The latter number is the quantity of advanced fighters the Indian Air Force is in the market for and for which both Boeing and Lockheed are competing along with Russian, Swedish and French companies. These major weapons sales are important to the U.S. for two reasons. First, for the companies involved, an India relationship would be a huge boost. In the case of the F-16s, for example, Lockheed-Martin’s production line is slated for closure if an Indian order doesn’t come through. Secondly, arms sales help push the envelope on the other aspect of the American military agenda — interoperability.

What the U.S. is looking for, essentially, is a closer working relationship with the Indian services, leading eventually to Indian participation in “multilateral” U.S.-led military operations and undertakings. The June 2005 Indo-U.S. defence agreement envisages Indian participation in such operations, even if they are not led or mandated by the United Nations. Given the Indian political realities, however, the U.S. is not expecting Indian military participation in offensive start-up operations of the kind it launched against Iraq in 2003. But it would like the Indians to pick up the slack in other kinds of deployments. A probable candidate for our first outing could well be Somalia, where U.N. Secretary-General Ban Ki Moon has already floated the idea of a multinational force.

A third issue cited by Mr. Burns in his article is America’s expectations vis-à-vis a future Indian role in Central Asia. “We are working with Delhi to encourage energy-rich Central Asian states such as Kazakhstan and Turkmenistan to establish oil and gas trade with Afghanistan, Pakistan and India,” he wrote, “thereby reducing the lure of long-term contracts with Iran.”

What he left unsaid is the expectation — now well amplified in American policy documents — that India would help the U.S. prise Central Asia away from Russian and Chinese influence. Under its “Greater Central Asia” and “Regional Energy Market Access Program” (helpfully called REMAP), for example, American energy experts have envisaged a number of gas and hydro-electricity energy projects in which the U.S. and India would work with Central Asian states like Tajikistan, Kazakhstan and the Kyrgyz Republic and exclude any Russian involvement. So seriously are both Moscow and Beijing taking these U.S. plans that in the last trilateral Foreign Ministers meeting of Russia, India and China, both the Russian and Chinese Ministers raised this as an issue of concern.

The fourth issue flagged by Mr. Burns is Iran, where U.S. efforts to get India to help isolate Tehran are well known. Taken together, this American agenda provides an early warning of the kind of pressure that India can reasonably expect to face in the months and years ahead. To be sure, these pressure points on Indian foreign policy would exist independently of the nuclear deal. But what Washington is looking to get for itself in the last round of nuclear negotiations is leverage that can remain long after the deal is signed, sealed and delivered.

Even with a water-tight nuclear agreement, New Delhi will soon find itself being weighed down by extraneous demands. If the agreement contains loose ends, we will only have ourselves to blame.

3 comments on “This has nothing to do with energy”

This entry was posted on May 2, 2007 by Siddharth Varadarajan in Indian Foreign Policy, Nuclear Issues.