In last lap of nuclear deal, India feels U.S. backsliding on prior commitments 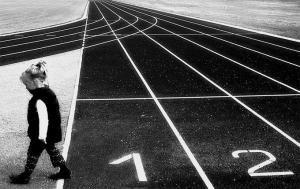 From providing waivers for its domestic restrictions to promising lifetime fuel supplies and enabling full civilian nuclear cooperation, the U.S. seems to be having second thoughts about earlier agreements.

India feels U.S. is backsliding on prior commitments

NEW DELHI: As Indian officials complete their assessment of the latest round of technical negotiations with the United States over the implementation of the July 2005 nuclear agreement, the words that comes up most frequently to summarise the obstacles in the way are the “Hyde Act.”

Under the terms of the July 2005 agreement, the Bush administration was supposed to work with Congress to “adjust U.S. laws and policies” to enable full civil nuclear energy cooperation and trade with India.

This commitment was further amplified by the March 2006 Separation Plan, wherein Washington agreed to assist India with lifetime fuel supply assurances, including a “strategic reserve of nuclear fuel to guard against any disruption of supply over the lifetime of India’s reactors.” In return for these assurances, India agreed to place its civilian reactors under in-perpetuity “India-specific safeguards” with the International Atomic Energy Agency (IAEA).

Measured against these commitments, say Indian officials, the Hyde Act falls short. Simply put, it does not incorporate the full set of waivers that were implicit in the July 2005 agreement when the U.S. agreed to adjust its laws. In particular, the White House never sought to waive Section 123(a)(4) of the U.S. Atomic Energy Act (AEA) for India, which stipulates that a detonation by a non-nuclear weapon state must necessarily lead to the U.S. having the right to demand the return of its equipment and material.

As early as July 2006, when the House and Senate versions of the Hyde Act were finalised, India in fact handed over a 12-page dossier to the U.S. in which it spelt out in detail what expectations it had from the July 2005 and March 2006 agreements and how the emerging law was falling short. These concerns were reiterated to Under Secretary of State Nicholas Burns on several occasions after that, including in November on the eve of the Hyde Act’s final passage. At every stage India received assurances that the final law would be consistent with the White House’s obligations. “But now that it is clear the Hyde Act itself is inadequate, the U.S. side is trying to reopen and reinterpret the commitments it made in its agreements with us”, an official said.

As matters stand, major differences persist in seven broad areas of implementation. Based on extensive interaction with officials close to the process, The Hindu is in a position to provide details of the precise sticking points.

In July 2005, India gave a political commitment to stick to its unilateral moratorium on nuclear testing. But now it finds there is pressure to convert the political commitment – which India has every intention of abiding by – into a bilateral legality. The way it does that is through the invocation of the “right of return” in the U.S.draft of the 123 agreement.

In the language proposed by the US side, there is a clause which states that in the event that either side feels its supreme national interests are jeopardized, there will be consultations by both sides on the issue which occasioned the concern, followed by a suspension or termination of bilateral cooperation, and then the US side would have the right to demand the return of equipment and material supplied to India pursuant to the bilateral agreement, with compensation payable to the Indian side. This material would include any strategic fuel reserve set up with U.S. cooperation, say officials.

India feels this clause is problematic for a number of reasons. First, “supreme national interests” is too vague and could be triggered by a wide variety of issues from a nuclear test to serious political differences between the two sides. Suspension or termination of cooperation cannot be allowed to hang on so slender a thread. What India is proposing is that if India violates the clauses under which bilateral cooperation takes place – for example IAEA safeguards, peaceful use and non-diversion of imported material, failure to store imported material properly etc., then there would be bilateral consultations and in the event of a failure to resolve the matter, a suspension and prospective termination of cooperation.

Under no circumstances is India prepared to commit itself to the termination of cooperation applying retrospectively to prior cooperation, leading to the return of imported material. Such a clause would convert the political commitment not to test into something that amounted to an obligation with legal consequences.

What is worse, Indian officials say that the US appears to be playing both sides of the NSG and is seeking to insert a “right of return” clause into the Nuclear Suppliers Group (NSG) guidelines as and when they are amended. That would be tantamount to converting India’s political commitment of July 2005 into something that was multilaterally binding, a kind of Comprehensive Test Ban Treaty (CTBT) through the back door.

Asked whether India had a real fear of the “right of return” ever being invoked by the US, one official said it had implications for any future private participation in the nuclear energy industry in India.

“Which company would like to tie up its investment in a situation where the US may invoke the clause? Even if the actual return can be stalled, the US would insist at a minimum that the plant be shut down”, said one official.

U.S. negotiators were prepared to give it in writing that the U.S. would not insist on the return of spent fuel. “But they are demanding return of nuclear fuel stockpiles, which is a no go for us”, said another official.

This is another major issue for the Indian side and one where there has been no movement. Indian officials are very bitter about this because they detect a clear attempt by the U.S. side to reinterpret the March separation plan. They say every word of that plan was fought over and what emerged was something both sides signed off on. But now the Americans are baulking at the language contained in Paragraph 15, which clearly links the provision of lifetime fuel supplies, including strategic reserves for safeguarded reactors, to India’s decision to place its civilian reactors under perpetual safeguards. Para 15 (c) of the separation plan also has the additional cushion of India taking “corrective measures” in the event of supply disruption, which the US is now interpreting to mean “corrective measures short of termination of safeguards”.

Indian officials are at pains to clarify that when the March separation plan spoke of “India specific safeguards”, India was making a concession which went beyond the commitment given in July 2005 for “IAEA safeguards”. The Indian understanding in July 2005 was that the latter would be of the simple INFCIRC 66 variety which India is familiar with – which are safeguards applied in perpetuity to any material which comes from abroad but which do not place the facility per se under safeguards in perpetuity.

When the US insisted that safeguards had to be for perpetuity – that facilities could not be taken out of the civilian, safeguarded sector at will – the notion of “India-specific safeguards” was crafted to build in a dual cushion for the country – first, that there would be lifetime fuel guarantees, and second, that India reserved the right to take corrective measures in the event of a disruption.

Giving an example to illustrate the problem, officials say that the U.S. may facilitate 200 tonnes of imported fuel for an indigenous safeguarded Indian reactor which is under “in perpetuity” safeguards.

If after that no more fuel is forthcoming for one reason or another, India would have no option but to divert nuclear fuel from the non-civilian side to run those reactors. Indeed, if the aim of the US is to progressively squeeze the Indian non-civilian side, then this would be one way of doing it.

Delay, suspension or termination of fuel supplies may also come about as the result of political differences between India and the U.S. on a major international issue, officials fear. “Unless we have the right to take corrective measures in the absence of fuel guarantees materialising, this will always be a pressure point on us in foreign policy terms,” said a senior official.

In order to justify the backtracking from the March separation plan commitment, the U.S. side is citing both the Obama amendment and its new interpretation of Para 15.

While India has mastered the enrichment, reprocessing and heavy water production process itself, Indian officials are not comfortable with the idea that specialized components and technology related to these should be excluded except in terms of the narrow window provided by the proposed Global Nuclear Energy Partnership (GNEP).

Indeed, officials say they get the feeling that the U.S. is trying to reopen another basic element of the March 2006 separation plan – the exclusion of the fast breeder reactor from the safeguarded sector – in order to incentivise Indian participation in GNEP.

But as long as reprocessing and enrichment technologies are excluded, India will continue to have the sword of sanctions and controls hanging over it. “Today, they are attempting to indict Indian officials for the import of an obsolete chip. Tomorrow, something that is bought for use in civilian reprocessing might also lead to sanctions and prosecutions”, an official said. The Indian side believes that the July 2005 agreement very clearly spoke of full civilian cooperation and that the US cannot now arbitrarily restrict the scope of cooperation.

For India, reprocessing is central to the “integrity” of its indigenous nuclear programme. “We were the first country to have reprocessing capabilities in Asia, since 1965. There is no danger of leakage contributing to weapons programme, unlike breakout countries where a little bit of cooperation might make all the difference”, an official stressed. In India, all reprocessing of foreign-origin or obligated fuel would be under safeguards including pursuit. There is thus no question of any diversion, they say.

“This is not a matter of Indians being greedy or somebody making a concession to us”, said one official, referring to what New Delhi feels are motivated stories appearing in the U.S. press over the past few weeks. Indian officials point to the French draft of the bilateral nuclear cooperation agreement currently under discussion, which assumes India will reprocess spent fuel. The same is the case with Russia.

At the same time, Indian officials stress that reprocessing is actually only one of several critical issues and perhaps the one most likely the Americans will be prepared to make concessions on since it is a purely executive decision.

“That is why — as a psy-op — they are spreading the word that reprocessing is such a big deal. Because their game plan is probably that after India concedes ground on all the other issues, they will agree to reprocessing to make the deal more saleable in India politically — “That see how US has reversed 30 years of policy to give India something it never gave other partners’,” one official argued.

Indian officials reject the argument that a reprocessing agreement would necessarily take a long time to negotiate.

The U.S. agreements with Japan, Euratom and Switzerland were complex and took time to negotiate because they all involve provisions for retransfer, they point out. “For example, the Japanese ship spent fuel to France. So do the Swiss, and then re-import MOX pellets. In India, there is no question of transfers and retransfers. So the agreements can be relatively simple.”

One comment on “In last lap of nuclear deal, India feels U.S. backsliding on prior commitments”

This entry was posted on April 25, 2007 by Siddharth Varadarajan in Indian Foreign Policy, Nuclear Issues.