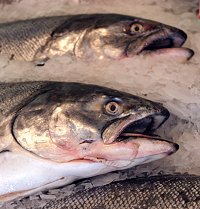 The U.S. will not leave Iraq without first militarily weakening Iran.

EVER SINCE the Islamic Revolution of 1979 took Tehran out of Washington’s orbit, the United States has run its Iraq policy with one eye firmly planted on Iran.

In the 1980s, the U.S. supported Saddam Hussein’s war against Iran and protected him in the United Nations Security Council even after it became clear the Iraqi regime had used chemical weapons. Iraq’s August 1990 invasion of Kuwait made Washington much more hostile towards Baghdad but its preferred policy became that of “dual containment” of Iraq and Iran rather than of rapprochement with Tehran. After evicting the Iraqi army from Kuwait in 1991, George Bush Sr. had the option of pressing ahead till Baghdad. He chose not to because he did not wish to create a situation that might favour Iran, a country the U.S. considered a more challenging adversary than Iraq.

Regime change was still a goal but the thought that the downfall of the Ba’athist regime would lead to the rise of Iraqi political forces sympathetic to Iran acted as a deterrent against full-scale aggression, even for the “liberal internationalist” Bill Clinton. Throughout the 1990s, then, the White House used sanctions and air power to keep Saddam Hussein “in his box.” More than half-a-million Iraqis died during this period as a direct result of the U.N.-enforced embargo or because the air strikes launched by U.S. pilots often missed their intended targets.

As for Iran, the White House worked closely with Congress to pass legislation that threatened penalties on companies from third countries investing more than $40 million in the oil and gas sector of the Islamic Republic. The idea was to weaken the Iranian economy by starving its principal income source of foreign technology and capital. Iran’s civilian nuclear industry, which the U.S. had actively encouraged during the Shah’s time, was also deemed verboten: Open attempts at fuel cycle collaboration with China, Argentina, and the International Atomic Energy Agency reached a dead-end thanks to U.S. pressure, forcing the Iranian authorities to resort to concealment.

Though premised on conventional balance of power calculations, dual containment was never intended to be an open-ended policy of eschewing force. Indeed, by the end of the 1990s, Neocon lobbyists had begun pressing for a shift from dual containment to “dual rollback,” an ambitious strategy that envisaged the use of both military and non-military pressure to bring about regime change in Iraq and Iran and thereby strengthen U.S. and Israeli interests in the region.

The beauty of dual rollback was that it accepted the logic of dual containment but turned its prescriptions inside out: If attacking Iraq meant strengthening Iran, the Neocon answer was not “dual appeasement” but dual war.

In principle at least, the Pentagon’s post-Cold War plans for the U.S. armed forces allowed for this extreme scenario. These envisaged America simultaneously fighting and winning two wars against a major regional adversary in two geographical theatres as far apart as West Asia and East Asia, not to speak of two enemies in the same region. The triumph of air power in Nato’s Yugoslavia war of 1999 further broadened the menu of “rollback” or “regime change” options available to military planners.

Despite the ascendancy of the Neocons in the first months of the George W. Bush presidency, however, it did seem as if dual rollback and the two-war doctrine would take a back seat. Donald Rumsfeld, who served as Defence Secretary till the end of 2006, initially took the line that the hardware acquisitions required to sustain the two-war doctrine might come in the way of military modernisation. But in the wake of 9/11, he not only embraced the doctrine but expanded it to the new formula of 1-4-2-1: that the U.S. military should be prepared to defend the homeland, deter aggression in four distinct parts of the world, wage and win wars against two major regional powers, and be in a position to occupy the capital of at least one adversary.

Today, the U.S. has gone beyond the exacting requirements of 1-4-2-1. It brought about regime change in both Afghanistan and Iraq and remains in occupation of not one but two countries. And despite having no doctrine or force-planning to cope with sustained insurgency in both theatres, the Bush administration has begun preparations for a military campaign against Iran.

By abandoning dual containment in March 2003 and going for the kill in Iraq, President Bush produced the very outcome his father’s advisers had warned against in 1991. Iran today has close ties with both the U.S.-installed regime of Nouri al-Maliki as well as with the Shia militia of Moqtada al-Sadr. It has gained unprecedented influence in Iraq. Mad as it seems, then, the U.S. is coming around to the view that the only way to get out of the mess is to push for dual rollback, to light a big fire in order to extinguish the smaller one.

Notwithstanding the Iraq Study Group’s `Realist’ call for dialogue with Iran — a call that was rejected for sound Realist reasons of not wanting to further strengthen Tehran’s hand — it is only the targeting of Iran that has the capacity to bring together all of Washington’s warring tribes onto one platform. The Republicans and Democrats can spar endlessly on how the Iraq fiasco should end but no presidential candidate worth his or her salt will oppose the use of the `military option’ against Iran as and when President Bush takes the call. It is worth noting that in the past 10 days at least two Democratic contenders, Hillary Clinton and John Edwards, have addressed gatherings of Israeli lobbyists and used bellicose language against Tehran.

The Bush administration’s case for military action against Iran is being made in three distinct ways.

On the nuclear question, Washington’s aim is to provoke Iran to quit the Nuclear Nonproliferation Treaty (NPT) or throw out IAEA inspectors and monitoring equipment. Since the IAEA has yet to find any evidence that Iran has diverted nuclear material for a prohibited purpose, Tehran has been pushed into the impossible situation of being asked to demonstrate it has no clandestine activities and to hold its nuclear fuel cycle activities in abeyance till then. Using the threat of unilateral military force as a lever, the U.S. has persuaded the UNSC to impose limited sanctions on Iran. But since it is impossible for Tehran to prove a negative, Washington will soon start pressing for tougher sanctions. At some point, the Bush administration hopes, Iranian hawks will say enough is enough and walk out of the NPT, thereby providing the U.S. a rationale for the use of force.

It is not accidental that the U.S. has scuttled every initiative that could have provided a diplomatic solution to the Iran crisis. Last year, it killed the Russian proposal for Iran to combine limited enrichment activity onshore with more elaborate facilities inside Russia. Another was the suggestion made last autumn that Iran suspend enrichment after talks with the European Union resumed, and not as a precondition. Most recently, IAEA director general Mohammad el-Baradei’s proposal for a “time out” in which the U.N. suspends its sanctions as Iran’s suspends enrichment has been dismissed by the U.S.

And yet, nuclear scare-mongering may not serve as a sufficient excuse at a time when the U.S. public has grown increasingly wary of wars related to weapons of mass destruction (WMD). So a second justification is being trotted out — that Iran is directly helping Iraqi insurgents mount deadly attacks on U.S. soldiers. Last week, for example, the `Realist’ Defence Secretary, Robert Gates, claimed 70 per cent of IED attacks on American soldiers were linked to Iran. The arrest of Iranian officials in Erbil by U.S. soldiers and the presidential shoot-to-kill order against “Iranian operatives” in Iraq barely days after Mr. Bush’s aggressive State of the Union speech last month suggest the White House is serious about upping the ante.

There is also a third card, aimed perhaps primarily at reluctant Realists. This is the absurd suggestion that if the U.S. does not itself act quickly against Iran, the Israeli regime might somehow jump the gun and launch a bombing run or two against Iranian nuclear facilities with consequences far more disastrous than if the U.S. were to do the job.

Against this backdrop, the proposed “surge” of U.S. troops in Iraq — which is really a mega-surge involving at least another 50,000 soldiers — is clearly intended to serve an objective additional to the stated one. Yes, the U.S. would like to stop bleeding in Iraq, but it is not going to withdraw without first weakening Iran to the point of rollback.

Indeed, the deployment of a second U.S. aircraft carrier task force to the Persian Gulf gives the Pentagon’s planners an additional “sea base” from which to attack Iranian military and nuclear facilities. To be sure, any military action against Iran would likely follow the Yugoslav rather than the Iraqi war model, with the prolonged and extensive use of airpower in place of a ground invasion. But a beefed up ground force is needed to deal with the fallout inside Iraq of any U.S. aggression against Iran.

If Russia, India, China, and Europe have any sense, they should find a collective way of averting this impending disaster. The world today is paying dearly for not having stopped the invasion of Iraq. Appeasing Washington again is simply not an option.

4 comments on “From mega surge to dual rollback”

This entry was posted on February 6, 2007 by Siddharth Varadarajan in Iran, Iraq.