Political logic of budget is that welfarism pays 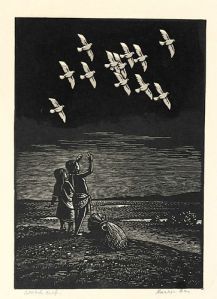 The human face of reforms won Congress the election, so the ‘inhuman face’ must wait…

Political logic of budget is that welfarism pays

New Delhi: With the Left weakened electorally and the United Progressive Alliance government of Prime Minister Manmohan Singh free to chart its own policy course, the corporate sector had been expecting the new regime’s first budget to be what business commentators euphemistically call “investor friendly.” But while there were rich pickings for key companies in specific sectors, Finance Minister Pranab Mukherjee’s budget speech on Monday made it clear there would be no early deviation from the steady course of centrism that was the hallmark of UPA-1’s economic management.

Thanks to the irrational exuberance of the corporate sector, which misread the 2008-9 Economic Survey’s advocacy of sweeping reforms as a sign of impending liberalisation in sectors like banking, insurance and retail as well as of wholesale privatisation, the stock markets nosedived as soon as it became clear none of this was going to happen quickly. The UPA may still move on those fronts as time goes by and the growth rate recovers. For the present, however, it is clear the Congress leadership does not want the winning formula of Keynesian fiscal policy and social-democratic welfarism that it established in the Prime Minister’s first term to be diluted so soon after it paid handsome dividends at the hustings.

Taking as his starting point Dr. Singh’s statement that the victory of the Congress-led UPA in the recent elections reflected a mandate for inclusive growth and equitable development, Mr. Mukherjee emphasised the importance of welfare schemes like the National Rural Employment Guarantee and the National Urban Renewal Mission. He mentioned privatisation under the Orwellian heading People’s ownership of PSUs and echoed the aim, first mentioned in President Pratibha Patil’s address to Parliament last month, of bringing the government’s stake in public sector firms down to 51 per cent. But the absence of political consensus meant the figure that has been budgeted on the revenue side is not very ambitious. And the Minister rushed to clarify that the public character of state-owned insurance and banking would not be altered.

Congress leaders are at pains to emphasise that the welfare measures enacted during UPA-1 had as much if not more to do with the party leadership’s economic philosophy than with the fact that the coalition was dependent on the outside support of the Left for four of the past five years. They note that although Dr. Singh and his team of professional economists raised concerns about the fiscal impact of funding NREGA in 2004 and 2005, the contribution the flagship employment scheme has made both to the rural economy and to the political fortunes of the Congress has converted even the most conservative of naysayers into a supporter.

While the Finance Minister was guilty of exaggerating the extent to which money for NREGA has been increased — the proposed increase may be 144 per cent over last year’s budget estimate but it represents a more modest 6 per cent increase over actual expenditure in 2008-9 — there is little doubt that the government is committed to spend what it takes to increase the scheme’s effectiveness.

With growth as the target, the Congress high command has two models to choose from: the rent-generating, corporate handout-driven route which the BJP-led National Democratic Alliance followed to disastrous political effect from 1998 to 2004; or an expenditure-driven expansionary fiscal strategy with the emphasis on expanding the consumption entitlements of the poor. Corporate and bureaucratic elites favour the first model, and the Economic Survey reflects this technocratic bias in policy recommendations. But Mr. Mukherjee’s budget reflects the Congress party’s privileging of the political in the widest sense.

The choice of that route has been made easier by the onset of the world financial crisis and the revival of Keynesianism. At a time when the biggest private banks and insurance companies in the West have fallen flat, it makes little sense to pitch for India to open its doors to them. As the Finance Minister himself noted in his speech, the merit of India’s balanced approach, as well as Indira Gandhi’s “wise and visionary” decision to nationalise the banking system 40 years ago, “has been borne out in the recent experience, as the turbulence in the world financial markets has left the Indian banking and financial sector relatively unaffected.

The reaction of the stock market to the budget shows how out of touch with sound economic logic the country’s biggest investors are. And their belief that the Congress would use the departure of the Left from the broader UPA stable to veer sharply and immediately to the right betrays an equally poor understanding of the realities of Indian politics.

A combination of fate and internal DNA has allowed the Congress to occupy the social-democratic space in the policy matrix.

It is not likely to abandon that space very quickly.

2 comments on “Political logic of budget is that welfarism pays”

This entry was posted on July 7, 2009 by Siddharth Varadarajan in Indian Politics, Political Economy.